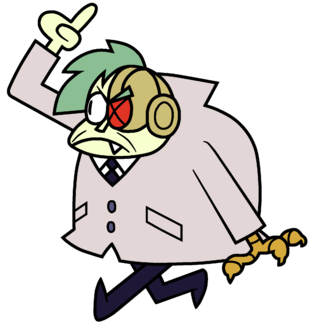 Box More Robots in general
Boxman's robotic minions and "children". They're the main product line of Box More, though we mostly see them used by Boxman himself to attack Lakewood Plaza. True to the name, they're all deployed in boxes launched out of the factory.
Darrell 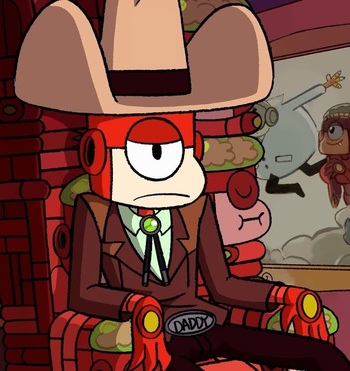 One of Lord Boxman's robotic henchmen/children. He appears to be one of the older designs, referred to as a "1.0" model. 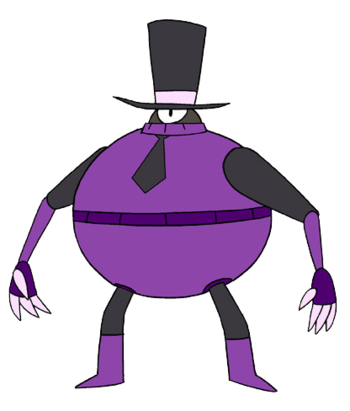 A series of robots that work in the cubicles at Box More. Lord Boxman created them to be executive managers of Boxmore.

One of Lord Boxman's robotic henchmen/children. She has the personality of a spoiled teenage girl. 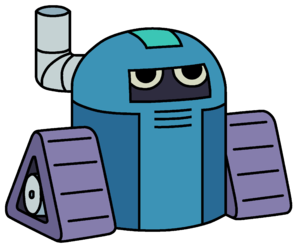 Lord Boxman's least-powerful robotic henchman. Only capable of rolling forwards and saying "I am Jethro!" 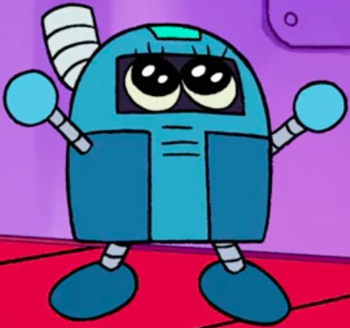 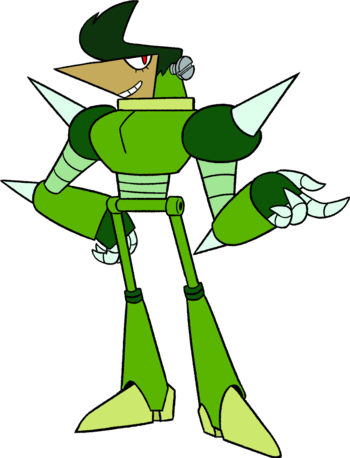 One of Lord Boxman's robotic henchmen/children. Very flamboyant and overly-dramatic, with a love of sports. 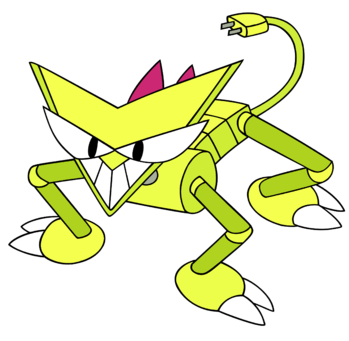 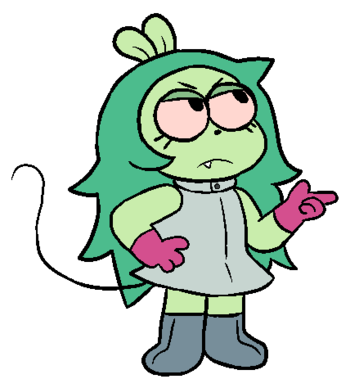 A "humanoid lab rat" girl who works as Professor Venomous' minion and bodyguard.

"Together at last!" (Spoilers) 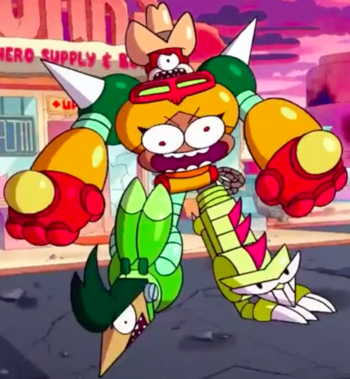 Abandoned by Boxman, evicted by Shadowy Venomous, motivated by Dendy, and powered by their familial love, Boxman's robots (minus Jethro, believed to be extinct) combine into something powerful enough to defeat T.K.O. and defend the plaza. 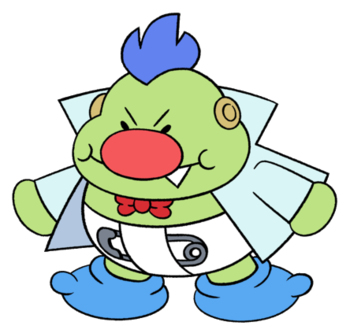 Boxman's latest creation who was originally seen briefly at the end of "Action News" and truly introduced in "You're In Control".

Appearing in the Sonic crossover, this robot is K.O. roboticized by a machine powered by the Master Emerald.

A blob creature that is Professor Venomous' attempt at making something good, only it still turned out bad. Or at least that's what Shadowy Venomous wants K.O. to think.