Characters / Citadel Of The Heart Pokemon Cast And Affiliates

Pokémon is a tough cast to list here in terms of characters. Since Citadel Of The Heart first got started with a single Pokémon fic, Truth and Ideals, the other Pokémon related fics are going to be listed here as well until they take up too much space and warrant their own pages. In that case, similar to the Digimon characters being split based upon the seasons their fics adapt, the Pokémon characters will be split between the different generations they originally first appeared in if applicable. Once this page begins to grow too large, whichever fic has the most characters and tropes listed under them will be the first to become their own standalone pages, followed by whichever fics do so next as well. So far, the migration of tropes for characters associated with stories that have officially made their debut have been relocated accordingly to their own pages. If too many of such characters fit more than one of these, they will remain here for the time being unless otherwise relocated to whichever group they're more suited to among them all.

The Champion's Successor
open/close all folders
Order and Triumph Protagonists

Weakness: Dark/Ghost/Bug Type Moves, any and all opponents who can outright overpower it before it can take them over or activate Ultra Burst. 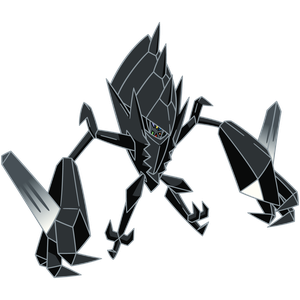 An incredibly violent Legendary Pokémon who went berserk after its original forme was permanently destroyed by the Ultra Recon Squad, and ever since it has been going on an endless rampage across numerous worlds to steal their light in an attempt to repair itself. Originally a benevolent being much like Solgaleo and Lunala, the desperate attempts by the Ultra Recon Squad to use Necrozma as an energy source forever tainted its vision of other entities besides itself, in which Necrozma sees everything else as being greedy for its own light, while being unable to realize itself that it's also being greedy for light to restore itself. Necrozma's rampage, to this day, has proven so notorious that some of the connections between the various universes have happened solely because of Necrozma's quest to regain its original forme.

As it had traveled across space and time, Necrozma appears time and time again to try and take over a host or flat out steal all of the light in a given universe, no matter the extreme so long as it could once again become full with light once more. Having a massive hubris while it was worshiped as the Blinding One, Necrozma felt entitled when its body was broken as to why it wants its light back so badly, regardless of how it gets a hold of it. First appearing in Truth and Ideals, but prior to the release of the games Ultra Sun and Ultra Moon which gave clarity on Necrozma's background, Necrozma feigned mercy towards Ash and recognized that due to its fight with Eidolon and now Ash, it was too weak to do anything other than fall back and seek self-preservation before moving on.

The first encounter with Eidolon happened in Operation R.E.B.O.O.T., and then subsequently in Truth and Ideals not long afterwards; Eidolon, a light based entity obscured in a shadowy veil, fought back against Necrozma using his various summons. Unfortunately, what was called ever since as the "Mt. Coronet Paradox'', Necrozma and Eidolon were sent back in time in which the two remained in an endless power struggle for four years straight until they were both dislodged, but leaving Necrozma in a vulnerable state for Eidolon to take command over. Necrozma, now under the command of Eidolon, was summoned to fight Ash in the above encounter as already destined to happen. However, before any form of time-loop could happen again, Necrozma forced Eidolon to use the a prototype Z.E.R.0. Materia "The Z.E.R.0." model against Necrozma, which caused a "shell" to shed and take over and appear in said Stable Time Loop in place of the real deal.

Now liberated from the time-loop thanks to Eidolon's efforts of self-defense, Necrozma tries again to absorb Eidolon but is instead cast out into another universe entirely, from which Necrozma is unfamiliar with in territory and inhabitants. Attacking virtually anything that moved in an attempt to train itself to eventually confront Eidolon once more, Necrozma's curiosity was intrigued to say when two Digimon known as Brondramon and Cobaldramon appeared in battle before its eyes. Reminded of twisted versions of Solgaleo and Lunala in the forms of an feathered serpent and a hydra, Necrozma noticed that both of them had one thing in common; both of them were filled with an eternal light DigiCore, from which Necrozma decided to lie in wait for one of the two combatants to weaken, in which Necrozma will ambush and latch itself onto the fallen counterpart while it has the opportunity. It doesn't care what forme it'll take in doing so, but it will become Ultra Necrozma once more, time and time again as it gains enough light to utilize Ultra Burst anew...

Tropes that apply to Necrozma

While at first given the author's track record for the usage of this particular name for what was originally a single OC villain, now the name refers to many individuals who dress similar enough to the point it's difficult to tell who the real 0Ω is if there even is a "true" 0Ω. Long-story short, they are a group of individuals obsessed with power and feeling like everything is in their control, and will not hesitate to use even the slightest bit of brutal force against whomever dares attempts to cross them. They're so driven by blood lust that they'll flat out terrorize and destroy entire towns and cities if they mean solely to drive someone out of hiding from the ensuing carnage. 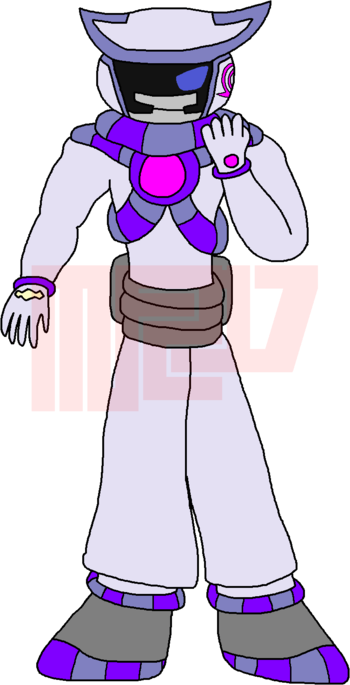 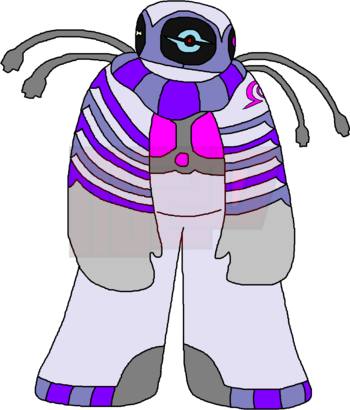