Characters / Citadel Of The Heart Digimon Re Tamers

Characters specifically introduced or major in Digimon Re: Tamers.

A strangely dressed men with a mask partnered with an UlforceVeedramon X. Cloned to life using Enric's DNA to serve as the "Teenage Rebels" of the mafia to keep the VIP Club off of the backs of the adults. Alongside two other clones, who themselves were cloned from Enric's higher ups, the three were infused with a DigiMemory that would forcefully rig their Partner Digimon to be of a specific type of Digimon that benefits them, primarily giving all three of them Mega Level Digimon. Having an immense crush on Jeri Katou after having heard Mr. Katou mention his daughter aloud to the Teenage Rebels without realizing Kamny's intrigue, Enric casually states that Kamny can have Mr. Katou's daughter to himself if it means keeping his obedience in check, something that causes Mr. Katou to be put at edge with himself, and Enric and Besiege.

The Guilmon partnered to Takato from the alternate timeline; when Takato became permanently switched with the D-Reaper, the D-Reaper's abuse of Guilmon to keep him in line caused the Digital Hazard to become completely unleashed and caused Guilmon to become a twisted, unhinged version of himself who only now serves Takato Red as his most prominent ally. Rumor has it that depending on who looks at him when he's in Mega Level form, bio-emerged with Takato Red, they'll see either a chaotic knight (ChaosGallantmon) or a chaotic dragon (Megidramon). 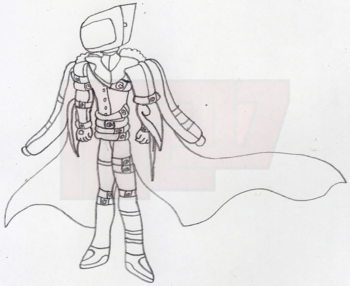 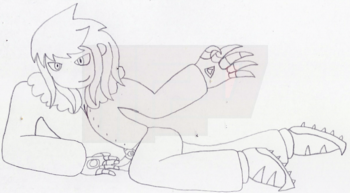 Ruki Makino's mysterious father, who more or less had a one-night stand with Rumiko that led to her becoming pregnant with Ruki, and then was never heard from or seen from again since then; Ruki never met him once growing up, well, that is, until the final days of her Bittersweet 17 in which her attacks against The Mafia with the other tamers indirectly causes the two to cross paths, even if they don't recognize each other at first.