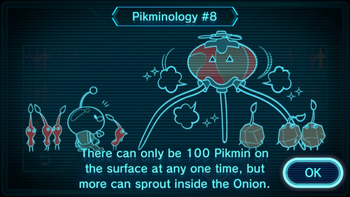 "No no no, you don't understand. You see, I only had one ring left to protect my teammates from being in the Edge, so I had to leave the rest behind. I mean, what kind of idiot goes into battle with half his team behind? How stupid would you have to-... R-Rolf, why are you beating your head against the wall like that?"
— Chaz, Conversations Within Elsydeon

Trope common in Real-Time Strategy games, in which the overall number of units or the count of a particular powerful, but not unique unit are limited by assigning a completely arbitrary Cap to them. This limit is often far lower than what the resources available or the technical limits of the game engine could allow. Particularly ridiculous when the rule can be broken through scenario design or using a perfectly legitimate game feature. Most often implemented as a way to enforce game balance.

It may be hardware related. Doing rendering, AI, collision, etc. for many units at once can slow a game down, particularly on high graphics settings, resulting in a need to limit how many units the player may have at any given time. Since developers have to take console hardware limitations into account, or multiple PC configurations, they will usually try to balance between gameplay and allowing the game to still run smoothly.

Many Role Playing Games have this as well, centered around the three-to-six-person size of the active party—see Player Character Calculus for additional classification. In addition to the Hand Wave explanations common in Real-Time Strategy games, Role Playing Games can use the plot to explain the size limit. For example, in Final Fantasy IV, every time it looks like the party will grow beyond five, one of your current members will discover pressing business elsewhere. Or die. Or betray you.

See also Cap and You Require More Vespene Gas. Kind of related to Conservation of Ninjutsu, Serendipity Writes the Plot, and Construct Additional Pylons. Will often invoke Lazy Backup when less than half your party at a time can actually fight. When applied to temporary things like active bullets, it's One Bullet at a Time.