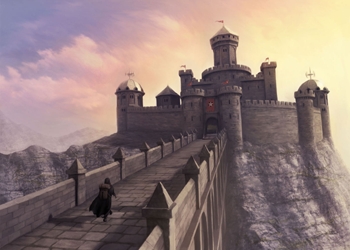 After a long and brutal conflict, five nations renewed their pact of mutual protection against the many threats surrounding them, and created the fortress of Avadon as a neutral party to enforce it, with more power than any individual country. To serve it is an honor, and to face its justice is a terror. It is both feared and respected, and those who resent it do so quietly.

You are a freshly recruited Hand of Avadon, somewhere between a warrior and an assassin. You and four other Hands will be sent to fight against a series of seemingly unrelated threats, and to uncover the hidden connection between them. It's up to you to defeat the enemies of the Pact.

Unless, of course, you decide to join them.

Avadon is a roleplaying game from Spiderweb Software, and serves as a Spiritual Successor to Avernum—with a bit of tone and themes from Geneforge, and some clear admiration for Dragon Age: Origins.