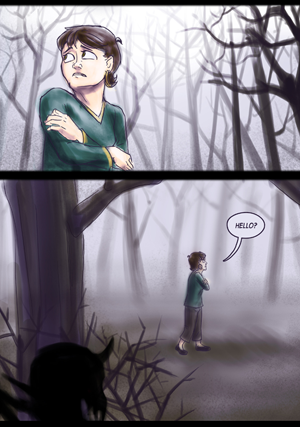 Bean has all the luck.
Advertisement:

Bianca Fortune's life was listless before an accident stranded her amongst the ghosts in her haunted home. In the struggle to return to her still-living body, Bianca is confronted with other lost spirits, a demonic entity, and the importance of moving on.

'Lapse' is a supernatural drama/horror. Recommended for ages 14+, other discretion advised.

This webcomic contains examples of