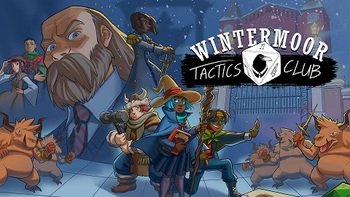 Wintermoor Tactics Club is a Turn-Based Tactics game set in the fictional Wintermoor Boarding School in 1981, about a Snowball Fight tournament and a not-Dungeons & Dragons club, the eponymous Tactics Club.