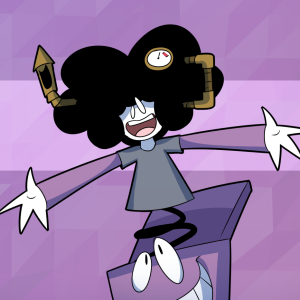 AHHHHHHHHHHHHH!!!
"My mission here is bring laughs to you with silly animation, the mostly thing I care is your laughs and smiles!"
— From his description on YouTube
Advertisement:

David Axel Cazares Casanova, better known as Sr. Pelonote With "Sr" being short for "señor" and "Sr. Pelo" translates from Spanish into "Mr. Hair", as he sports a huge afro. or 123pendejosnote "pendejo" meaning "stupid, "dumbass", or "motherfucker" in Spanish, is an Internet personality and animator from Mexico who is best known for his off-the-wall parody videos on YouTube.

Some of his most popular series are:

You can find his channel right here

. If you're looking for tropes based on the shows with their own pages, check those pages.

IT'S THE SPOOKY MONTH! (does the Spooky Dance)
Feedback

The Sun does everything to ensure everyone has a scorching summer.

The Sun does everything to ensure everyone has a scorching summer.