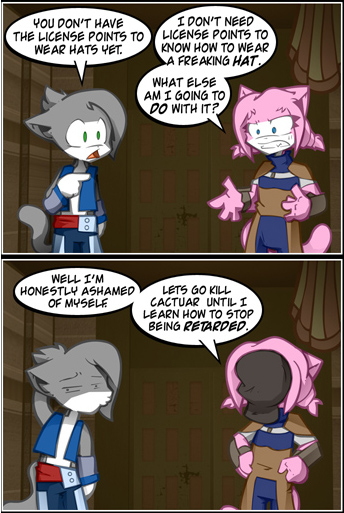 A point in a video game where a certain weapon or ability is not actually taken away or crippled or disabled in any way or fashion in story, but merely unusable or unselectable to the player for no particular reason given by the game, or a very weak reason in the form of a handwave. Different from Gameplay and Story Segregation, in that there is no in-story explanation for it. You just plain can't use/select it now; you can probably use it later, just not at the moment. Even when all logic the game has laid out indicate they are fully capable of doing what you're not allowed to do. Closely related to the Insurmountable Waist-Height Fence and its sub-trope the Invisible Wall wheras this trope deals with what the player can/can't do, not necessarily relating to the terrain.

Possibly justified by the developers as a way to not make the particular part cheap or too easy, or because it would possibly be too much work to program. Yet they make little to no effort to justify it in story and/or context. See Level-Locked Loot for restrictions specifically related to Character Level. Compare You Have Researched Breathing.