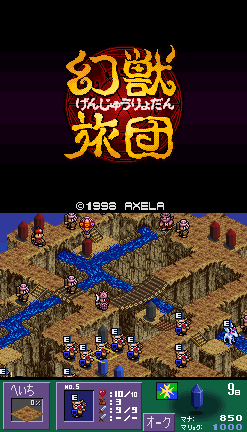 Genjuu Ryodan is a Turn-Based Strategy developed by Crea-Tech (more known for Metal Saga series) for the SNES via Satellaview in 1998.
Advertisement:

The player assumes the role of Earthing nation who repeals invasions by Belborg which subjugates other nations and defeat Skullkaiser which is responsible for the events of the game.