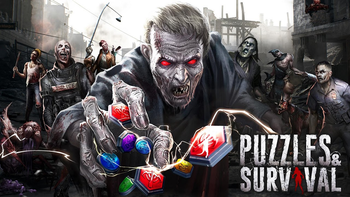 Puzzles & Survival is a mobile game set after the zombie apocalypse. The player must survive in the wasteland by building a base, gathering resources, forming alliances, fighting zombies and other players. The game combines match-three puzzle games with survival base building.