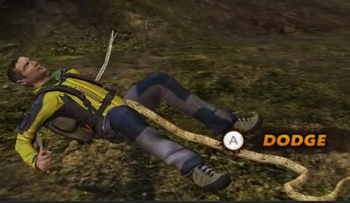 Oh no! Bear Grylls is in real trouble!