Video Game / So uh, a spaceship crashed in my yard. 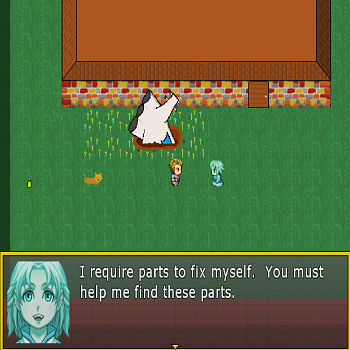 The yard, the spaceship, and her holographic representation.
So uh, a spaceship crashed in my yard. is a 2D freeware RPG for PC, made in RPG Maker VX Ace by Archive Entertainment. The original version was created for a game jam and released

A spaceship named ARIA crashes in your front yard, ruining your garden, and enlists your help in repairing her. The game is very short, taking around half an hour to complete, and is full of humour.