The characters from the Disney version of Robin Hood (1973). 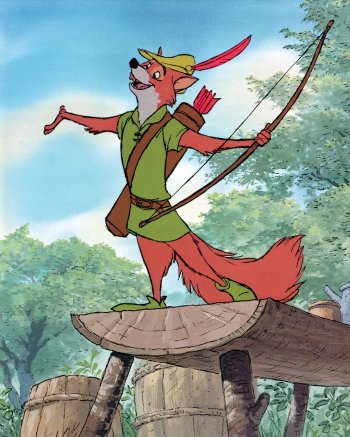 Robin Hood is an anthropomorphic fox who is the titular protagonist. Although Robin Hood is often shown as an outlaw who chooses to rob from the rich to help the poor people, in this animated version, he is shown mainly attacking Prince John and his agents, who have impoverished Nottingham with high taxes. Robin Hood and Little John steal the tax caravans and give it back to the peasants while trying to avoid capture by both Prince John and the Sheriff of Nottingham. 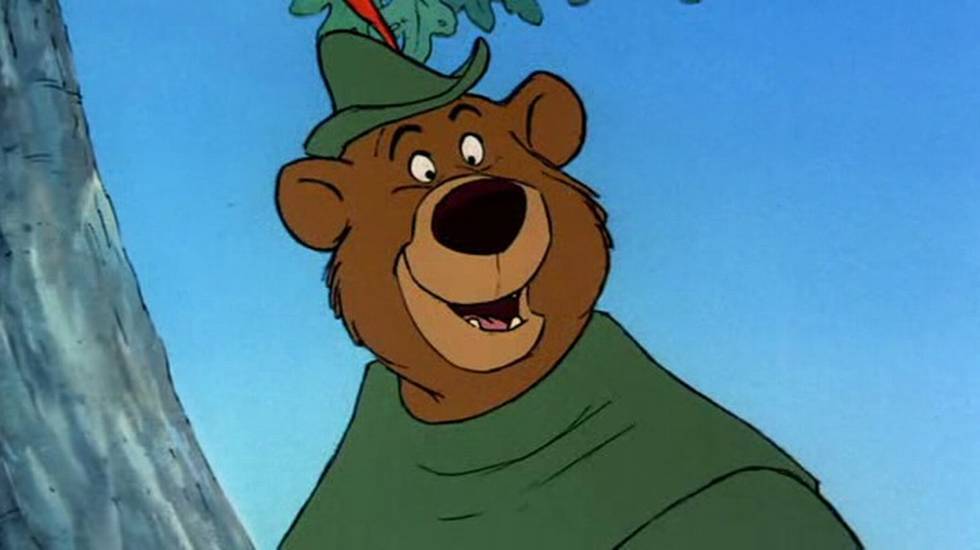 Little John is a bear and is Robin's loyal sidekick. 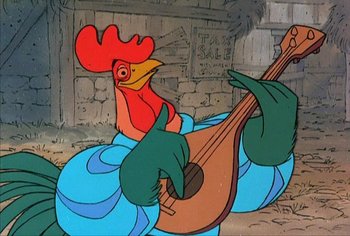 Alan-A-Dale is based off the minstrel of the same name from various Robin Hood legends, and is depicted as a rooster. Alan-a-Dale only states his name at the beginning of the film, where he also introduces himself as a minstrel. He functions as the film's narrator, using songs to tell the story. 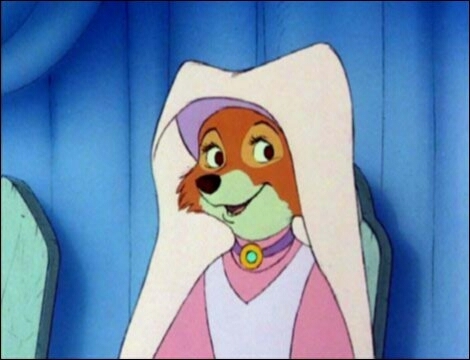 Maid Marian is a vixen and is based on the character from the actual Robin Hood legend. 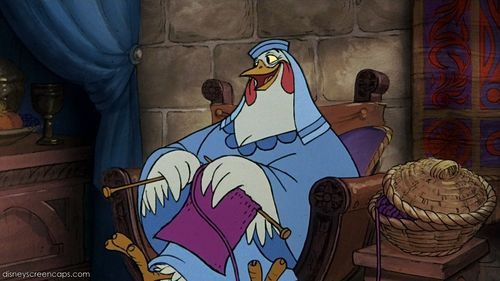 Lady Kluck is a chicken and Maid Marian's lady-in-waiting. 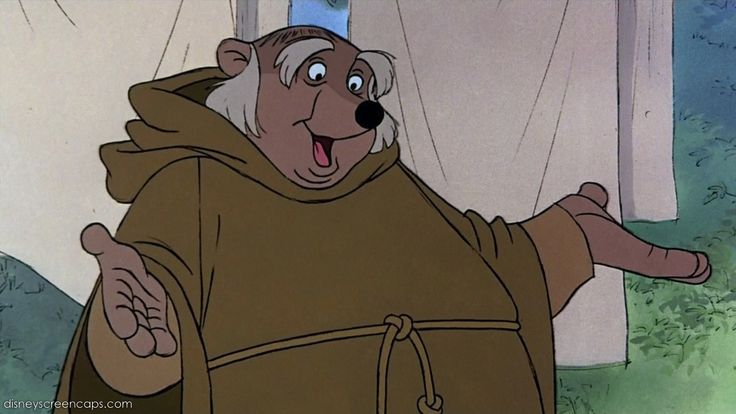 Friar Tuck is a badger and a kind-hearted priest who is good friends with Robin Hood and Little John. 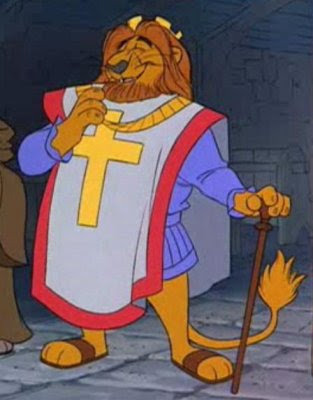 King Richard is the older brother of Prince John and the true king of England. 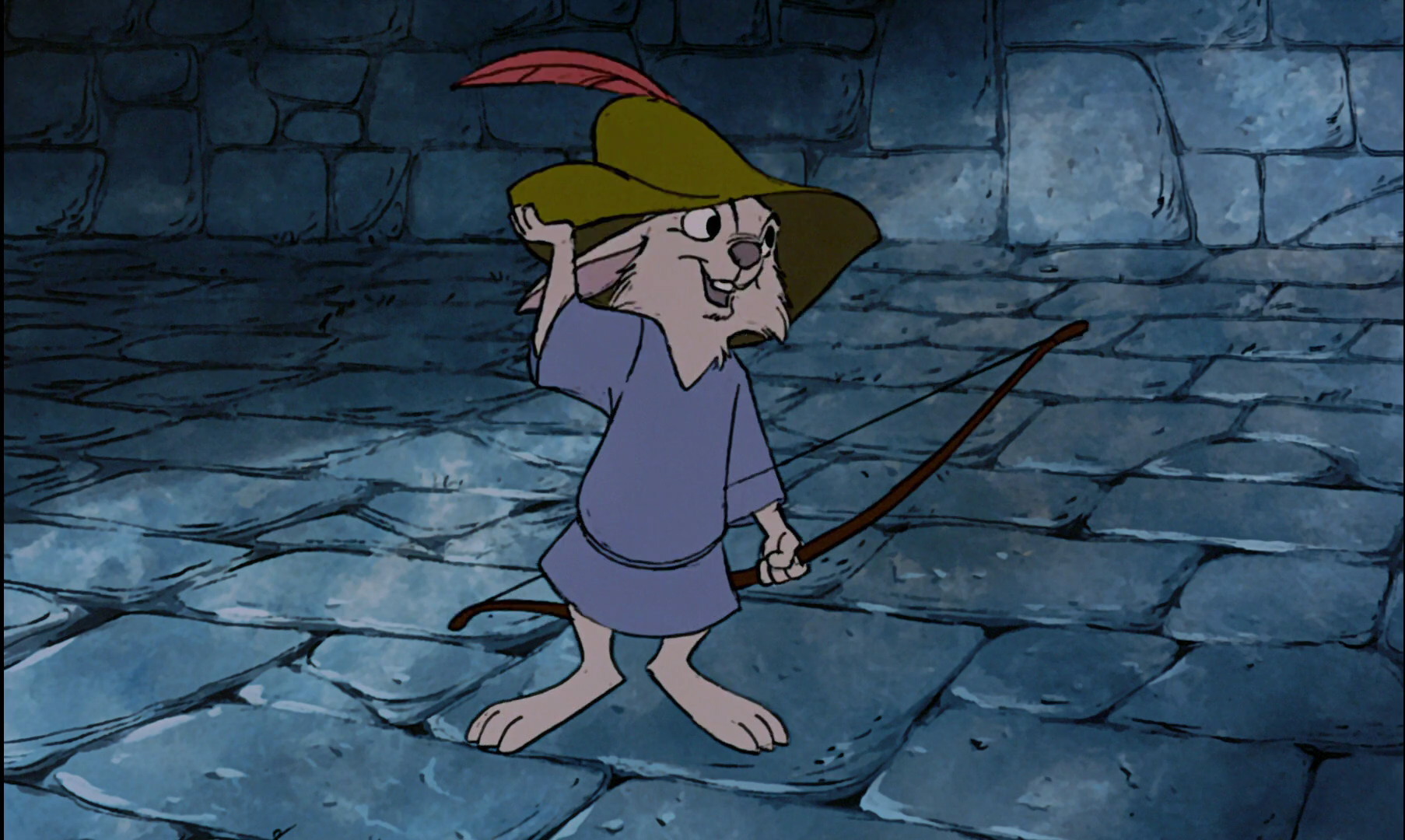 Skippy is an energetic 7-year-old rabbit. He lives with his mother and his siblings. He is the oldest boy in the family. 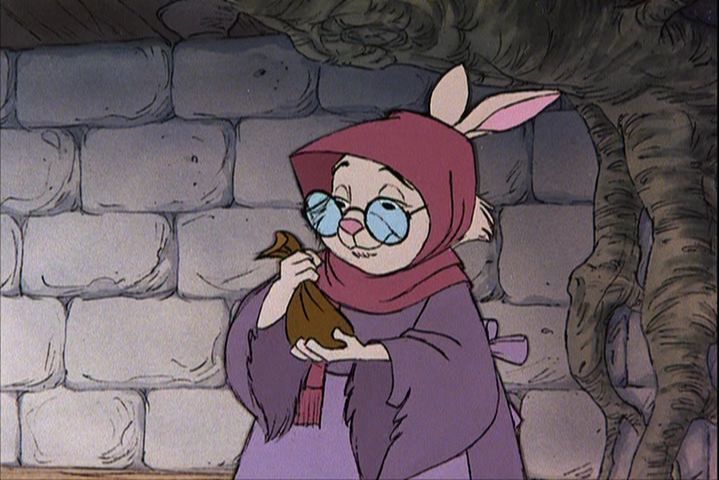 The kindly mother of Skippy and his many siblings. 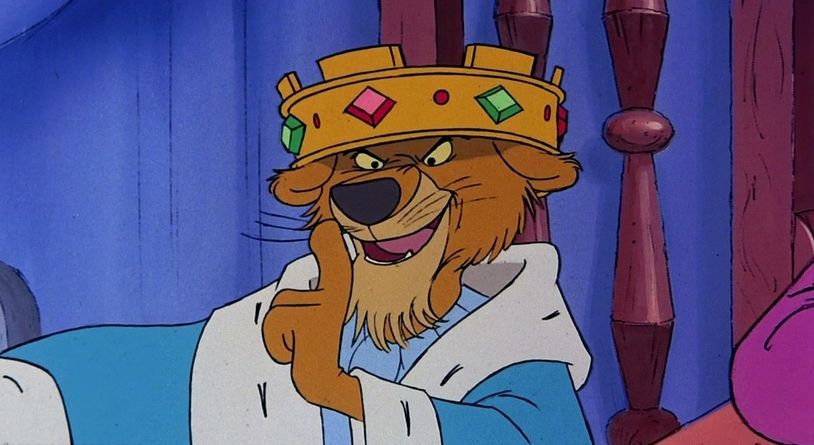 Prince John is a lion and the main villain of the story. 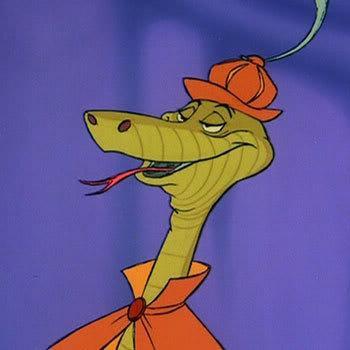 Sir Hiss is a snake and Prince John's loyal adviser. 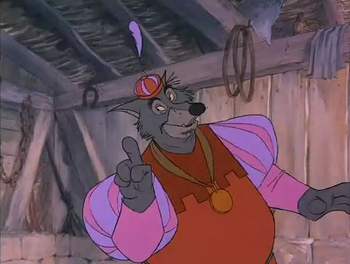 The Sheriff of Nottingham is a wolf and Prince John's top enforcer. 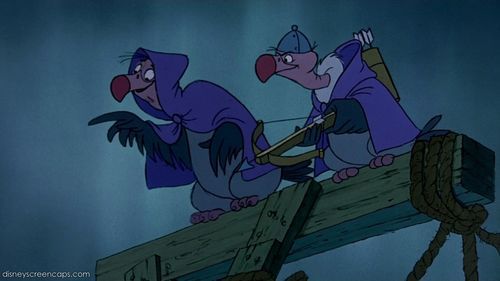 Trigger and Nutsy are the dimwitted vultures and the palace guards.

Captain of the Guard/Captain Crocodile 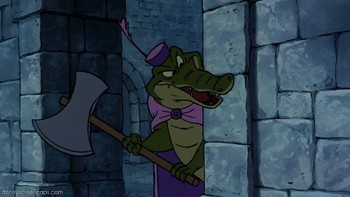 A crocodile who serves as, well, the Captain of Prince John's guards.