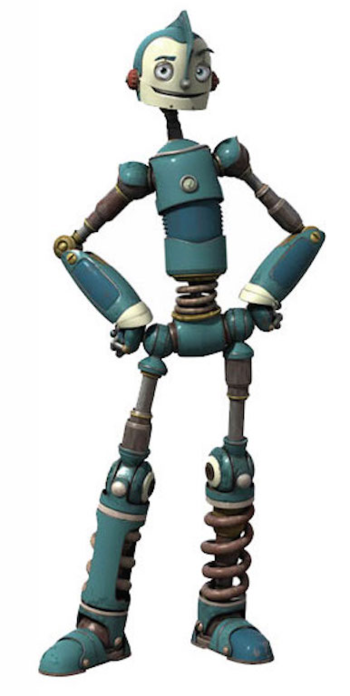 A humble and idealistic young robot from Rivet Town, Rodney is an aspiring inventor who idolizes Bigweld, having grown up watching his show and taking to heart Bigweld's philosophies in hopes of helping to improve the world through his inventions. Coming to Robot City, however, tests Rodney's ideals when he finds that Bigweld is no longer in charge of his company, and working-class robots are being jeopardized through the actions of the arrogant Ratchet, forcing Rodney to recruit some unlikely friends to track down Bigweld and save Robot City. 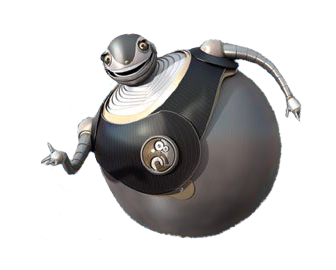 Rodney's idol and the founder of the immensely powerful Bigweld Industries whose imagination has created the metropolis of whimsical mechanical marvels, Robot City. With his motto "you can shine no matter what you're made of", Bigweld has inspired generations of young robots to follow their dreams, just as he inspired Rodney. When Rodney arrives in Robot City, he finds Bigweld is not where he should be, forcing Rodney to do whatever he can to track down his idol to save Robot City.

A clumsy, opportunistic red bot and member of a group of outmodes called the Rusties who suffers from the misfortune of his parts constantly falling off his body. He's one of the first robots Rodney meets upon arriving in Robot City, and despite having a rocky first encounter, becomes Rodney's best friend. 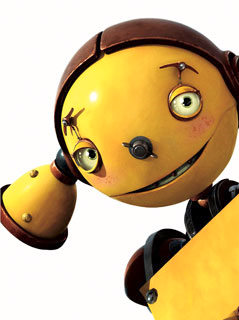 A young, feisty, and tomboyish yellow female robot and a member of the Rusties, as well as Fender's younger sister. Developing a crush on Rodney when she first meets him, she quickly becomes one of the blue bot's closest friends and strongest supporters, even if her brother tends to drive her up the wall at times. 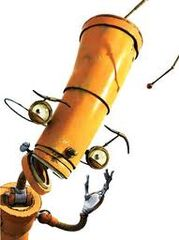 A jaded and pessimistic orange robot on wheels and a member of the Rusties who expects the worst to come out from any situation he and his friends find themselves in. Despite his negative outlook on life, that does not stop him from helping Rodney and his fellow Rusties from rebelling against Ratchet.
Lug
Voiced by: Harland Williamsnote Other Languages: Mario Arvizu (Latin American Spanish), Rafael Calvo (European Spanish), Shunsuke Takamiya (Japanese) 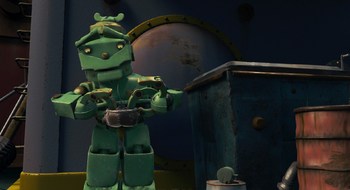 A large, hulking, yet soft-spoken green robot and a member of the Rusties, Lug's massive frame belies a gentle soul who is slightly insecure about his size. Nonetheless, he is always eager to help his friends out, especially if it involves his great strength.
Advertisement:
Diesel Springer
Voiced by: N/A 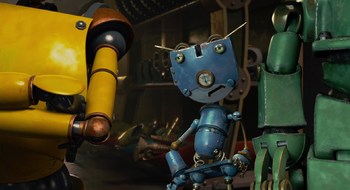 A short, blue, springy robot and a member of the Rusties, Diesel's one goal in life is to find just the right voice box to give him the ability to speak. He joins forces with Rodney in hopes that he will finally find the voice box to cure him of his muteness.
Aunt Fanny
Voiced by: Jennifer Coolidgenote Other Languages: Sylvia Garcel (Latin American Spanish), Julia Gallego (European Spanish), Mami Horikoshi (Japanese) 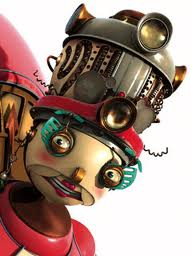 A kind-natured and nurturing elderly female robot and the owner of a boarding house the Rusties live in, making her a maternal figure to them and Rodney. She gets her name from her large, snail shell-like posterior (which tends to knock down objects and other robots) and harbors an attraction to Bigweld that is implied to be mutual.
Wonderbot
Voiced by: Chris Wedge 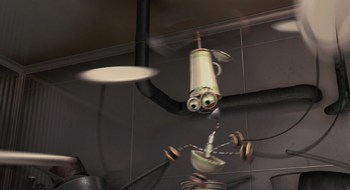 A small robot that Rodney built to do chores, initially to help Herb do his job. Despite being created by Rodney, Wonderbot is not seen as his son and is sort of more like a pet due to his goofy antics and inability to speak (he makes high-pitched noises instead). Wonderbot is also a bit of a scaredy-cat and, when nervous, he will either fly around erratically or physically fall to pieces.
Cappy
Voiced by: Halle Berrynote Other Languages: Bárbara Mori (Latin American Spanish), Elsa Pataky (European Spanish), Akiko Yada (Japanese) 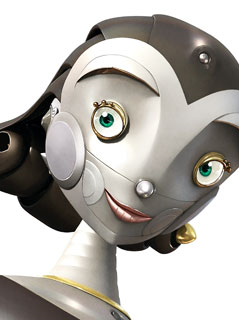 A promising young executive at Bigweld Industries and Rodney's love interest, as well as the object of Ratchet's desires. Unlike the majority of the company's board of directors who are all in favor of Ratchet's new policies, Cappy is sympathetic towards the plight of Robot City's lower-class citizens, and for good reason: her father was a vacuum cleaner and her mother was the attachments. Growing attracted to Rodney and his noble cause, she is all-too-eager to help him bring Ratchet down. 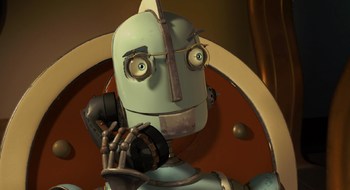 Rodney's loving and supportive father and Lydia's husband who works as a dishwasher at a diner in Rivet Town. A humble working-class bot and dedicated family man, Herb has nothing but faith in his son's aspirations to become an inventor and never thinks twice to tell Rodney that he can achieve his dream if he works hard enough toward it.
Advertisement:
Lydia Copperbottom
Voiced by: Dianne Wiestnote Other Languages: Rocío Garcel (Latin American Spanish), Alba Sola (European Spanish), Kikuko Inoue (Japanese) 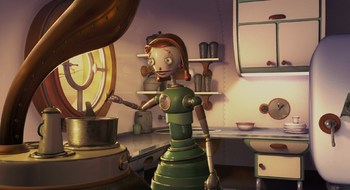 Rodney's caring and somewhat overprotective mother and Herb's husband. Though she loves her son to death, she is reluctant to let him go off on his own to pursue his dreams out of concern that he won't succeed.

The sleek, suave, and scheming new head of Bigweld Industries, Ratchet's love for spreading his vision of a Robot City populated solely by upgraded robots is only matched by his abhorrence towards the city's outmode citizens. When his mission to crack down on the lower class puts him at odds with Rodney and his friends, Ratchet is willing to pull every dirty trick at his disposal to reduce them to scrap metal. But for all his power over the city, there is one robot that he regards with fear and respect: his mother.
Madame Gasket
Voiced by: Jim Broadbentnote Other Languages: Jorge Roig (Latin American Spanish), Domenech Farell (European Spanish), Takeshi Aono (Japanese) 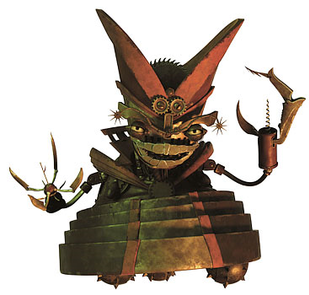 Ratchet's monstrous and sadistic mother and the owner of the Chop Shop, a factory where scrap metal and sometimes still-alive robots are melted down into new metal for upgrades, as well as the true mastermind behind her son's plan to eradicate the outmode citizens of Robot City. 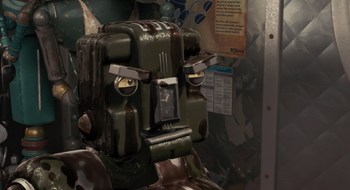 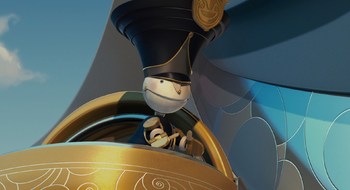