The cast of Raging Loop, composed of the 12 villagers and the 4 outsiders at Yasumizu Village, during the events of the game. It borders the small city of Kamifujiyoshi, which has a common history with the village, and where the youngest villagers study. Side characters are also included.

Due to the repeating nature of the story and its characters, all spoilers will be unmarked. Be careful from now on. 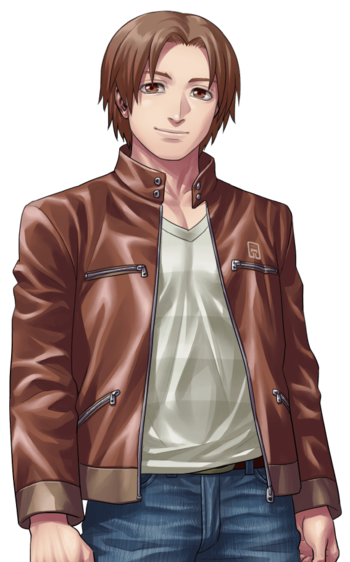 The protagonist of the story, who fled from the city to cope with a recent breakup, only to end up in the Yasumizu Village through the Saranaga river by accident, and was sheltered by Chiemi. Upon discovering the village and its people, things take a bad turn when he becomes involved in a series of supernatural events, forcing him to stay.
Chiemi Serizawa 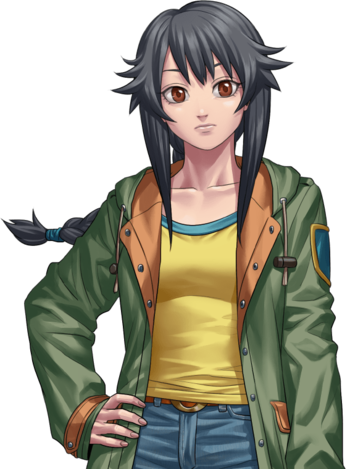 A friendly girl who met Haruaki after the latter got lost into the forest. She quickly befriends him, and is essentially his only confidant in the village, as many people on the village are wary of him. She's the main love interest in Yomi, the first route.
Rikako Uematsu 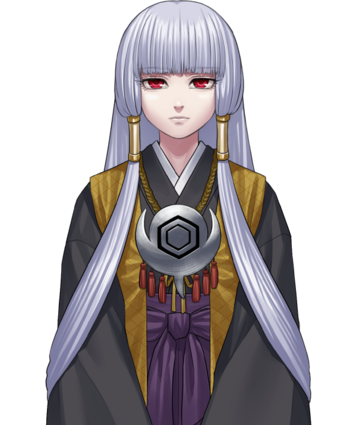 The current living member of the Uematsu, one of the head families of Kamifujiyoshi. A quiet, mysterious priestess living in the village and somehow of an oddity even among the other villagers. She's also the caretaker of Meiko, an anmesiac girl found in the Saranaga river. She's the main love interest in Wit, the second route.
Haru Makishima 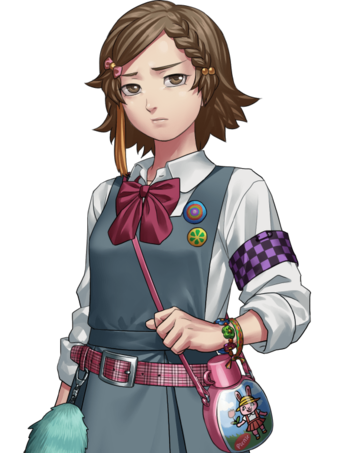 The fanciful granddaughter of the village chief Kanzo, secretly in love with her classmate Yasunaga. She is quick to doubt Haruaki ever since Chiemi lent him her room. She's the main love interest in Darkness, the third route. 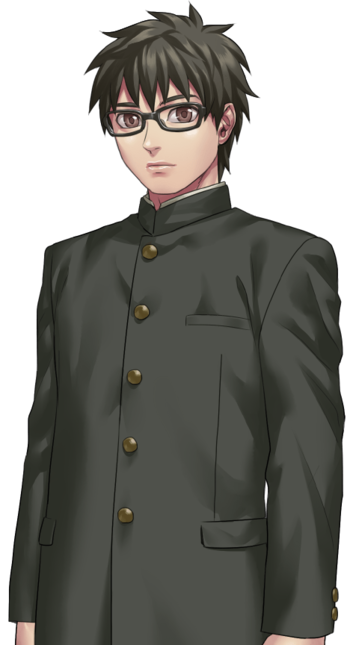 One of the classmates of Haru, Yasunaga is actually more mature and composed than her and keeps his cool even in frightening situations. Due to his charisma, he's pretty popular and can be considered a rival to Kanzo, the authority figure of the village.
Chikamochi Kamoshida 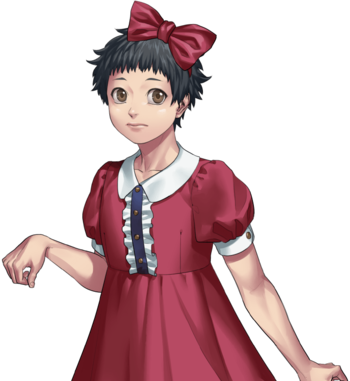 Another classmate of Haru and Yasunaga, he's actually the same age as them despite his small build. He has a tendency to do whatever he wants, which cause some to be wary of him. However, he's smarter than he looks, and as such Yasunaga consider him a genius, with a surprisingly good instinct.
Yoshitsugu Oribe 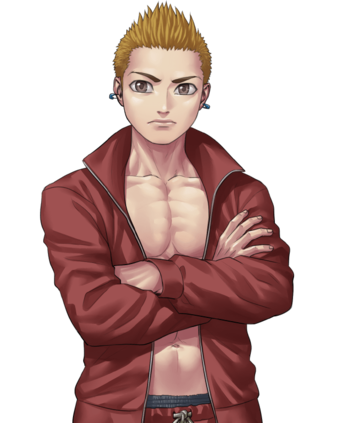 The younger and much brash brother of Yasunaga. He acts like a typical yankee from the cities, but he's actually much nicer than his appearance suggests even though he has a tendency to act before thinking. He quickly antagonizes Haruaki, due to his status as an outsider.
Kaori Oribe 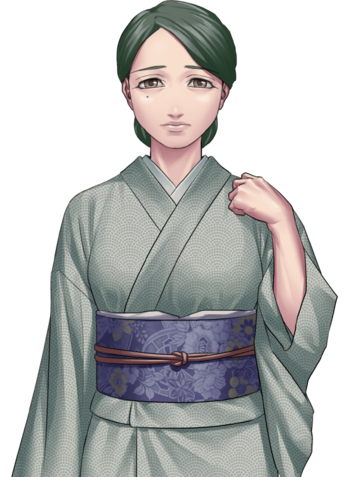 The widowed mother of Yasunaga and Yoshitsugu. Most of the village's meals come from her, and she's regarded as the cook of the Yasumizu. She used to live in Kamifujiyoshi until the death of her husband forced her to move in the village.
Takumi Muro 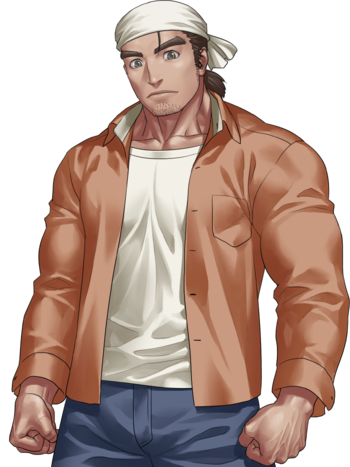 The Big Guy of Yasumizu. As expected of his strong build, he's the one in charge of manual labor, and gets along well with Kaori, who's around the same age as him, and his status as a young adult makes him a mediator of sorts between the old and young generation of Yasumizu. He has a hard time trusting Haruaki, an outsider, as strange events unfold before him. 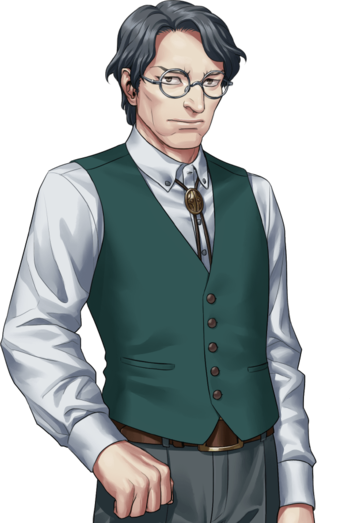 A member of one of the head families in Kamifujiyoshi, albeit he was assigned to work as a doctor in the village some time ago, so most of its inhabitants consider him to be a part of the community. He's mostly arrogant towards them, but is nonetheless accustomed to a villager's life.
Kanzo Makishima 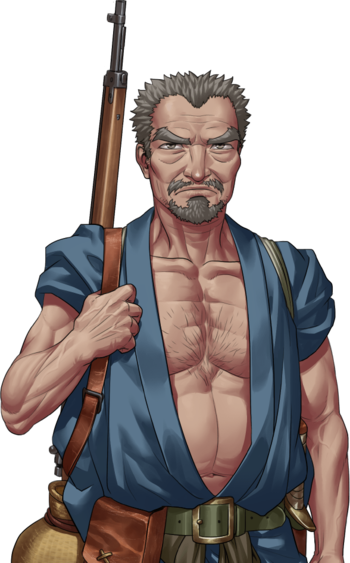 The main figure of authority of the village, with a strong presence and build despite being in his seventies.
Tae Yamawaki 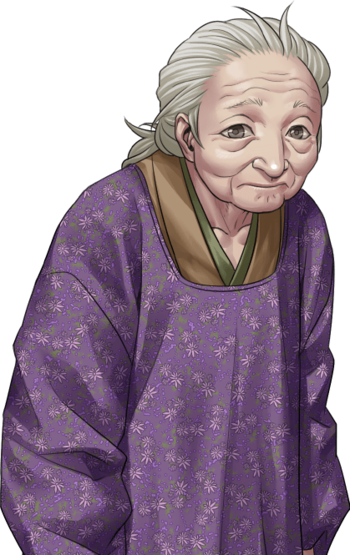 An elderly lady who lived in Yasumizu since childhood, and a firm believer of its numerous legends and traditions in place since centuries, as told by her own grandmother before her. She also acts as the representative of the village as a whole.
Meiko 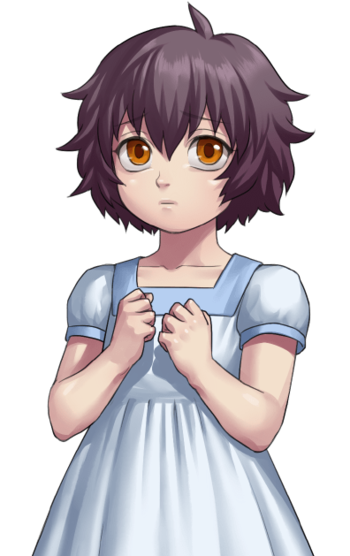 An amnesiac girl found in the Saranaga river one day before the arrival of Haruaki. She's in the care of Rikako.
The Old Man Who Cried Wolf 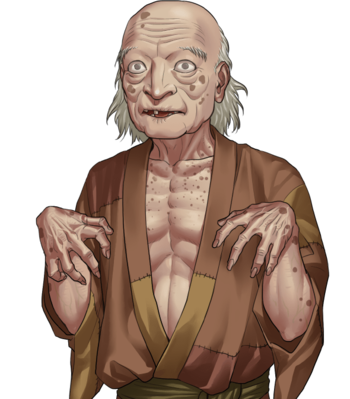 The senile and oldest villager of Yasumizu, whose name is unknown. Most of what he says usually involves wolfs, closely linked to the legends of the village. Due to his mental issues, no one actually communicates with him except Chikamochi.
Hisako Mamiya 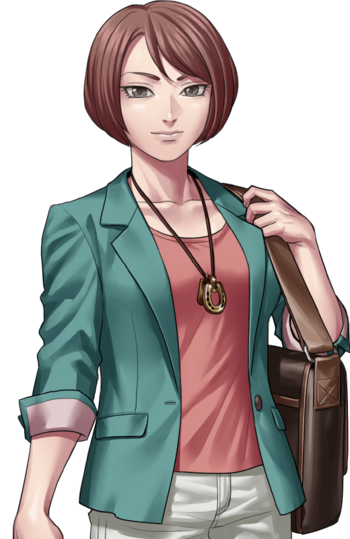 A reporter who arrived in the village before Haruaki, to do a documentary about exotic food from Japan's countryside. She used to work for an occult magazine, and knows a lot about religion.
Yudai Hashimoto 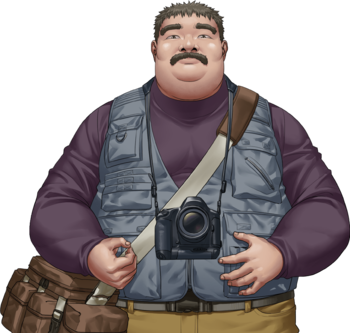 A famous photographer and partner of Hisako. He usually doesn't talk much, but his large build and presence allows him to be surprisingly eloquent when he's not working. He also has a wife and three daughters living in the city.
The Clerk 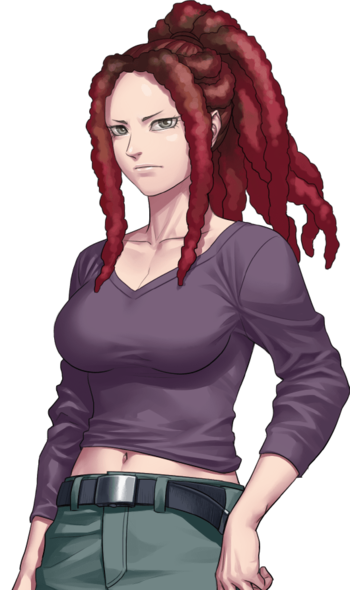 A threatening clerk met by Haruaki at the very beginning of the story, who's actually his former lover. She's also the true identity of the Sheep met in the bad endings of the game, and as such she also has the power to manipulate dreams to create objects along with looping.
Characters of Kamifujiyoshi 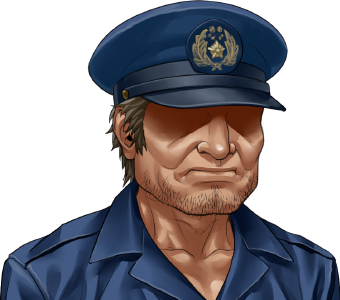 A police officer met by Haruaki at the start of the second route onwards. Well-meaning, but rough around the edges, he attempts to prevent Haruaki from entering the village of Yasumizu.

The four head families of Fujiyoshi

Four family lines that historically took important positions in the Fujiyoshi region - Miguruma, Higuchi, Nosato and Uematsu in rough order of importance. Even in modern times they retain their position of importance, and establish the rules that govern the life of people in the region. 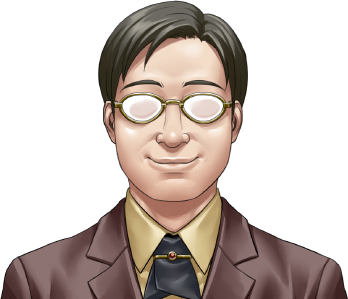 The Higuchi family head. Haruaki encounters him during his attempt to enter Yasumizu through Kamifujiyoshi in subsequent loops. 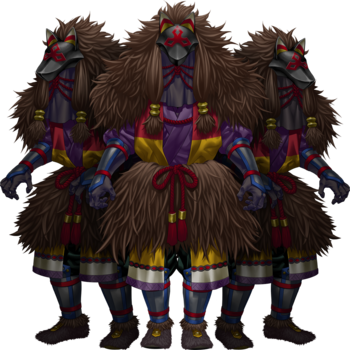