This is the character sheet for the DreamWorks/Aardman film Chicken Run. 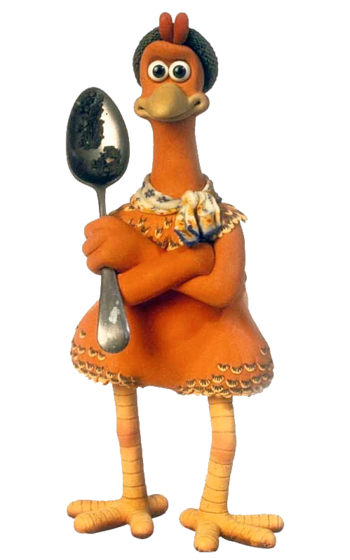 The unofficial leader of the chickens, who is determined to escape and free her fellow chickens. 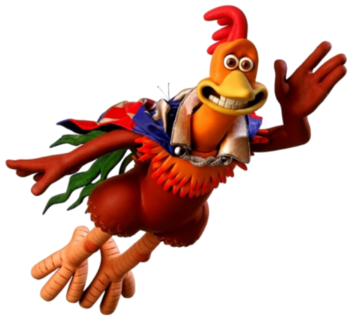 An American rooster on the run from the circus. 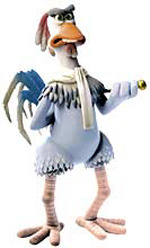 A grumpy old cockerel who always goes on about his time in the Royal Air Force. 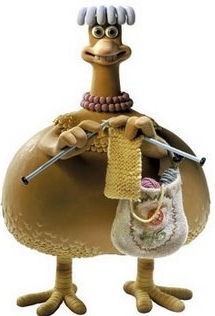 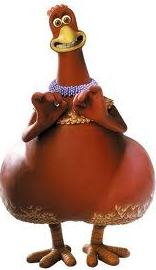 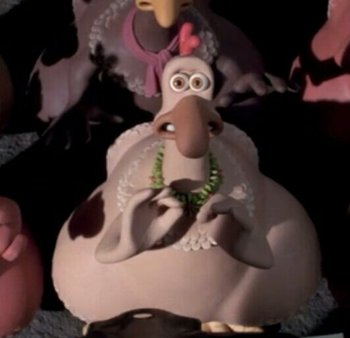 A chicken from the same hut as Ginger. She later becomes the Tweedys' dinner when she can't produce enough eggs. 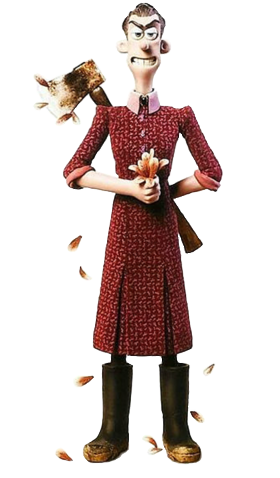 The cruel owner and "warden" of the chicken farm. 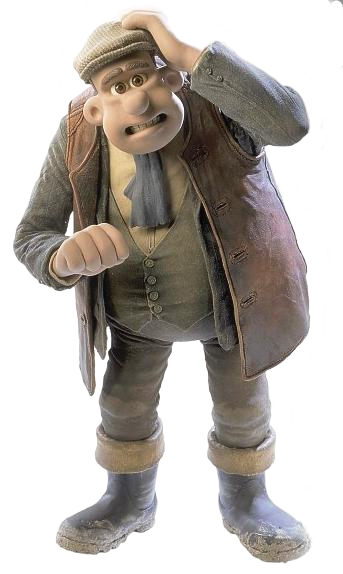 The long-suffering husband of Mrs Tweedy who is convinced (and correct) that the chickens are organized. 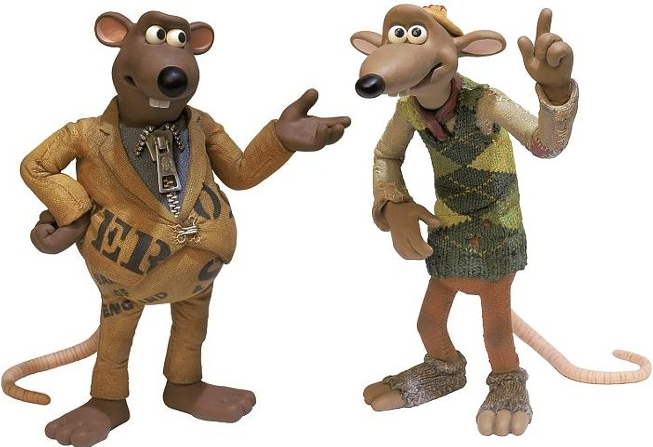 A pair of enterprising rats who supply the chickens with equipment.