The main antagonistic faction in Bravely Second. Like Eternia, they hold asterisks, which grant them a lifetime's worth of training. For convenience's sake, this page also covers the two holders of new asterisks who are unaffiliated with the Empire.

Tropes that apply to all jobmasters
The Kaiser 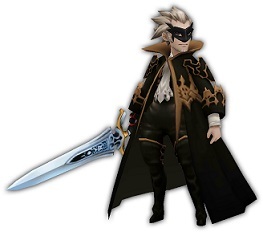 The ruler of the Glanz Empire and holder of the Kaiser asterisk. He has abducted Agnès Oblige for unknown reasons. 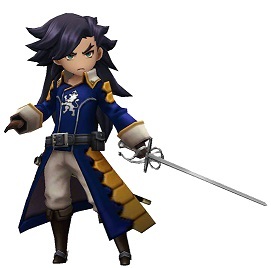 A 16-year old “fencing prodigy” from Gathelatio. He is one of the Three Cavaliers tasked with protecting Agnès Oblige, but it turns out that he's an agent of the Glanz Empire. Holder of the Fencer asterisk, and one of the first bosses of the game. 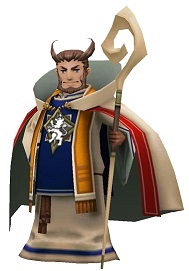 A 34-year old priest from Gathelatio. He is one of the Three Cavaliers tasked with protecting Agnès Oblige, but it turns out that he's an agent of the Glanz Empire. Holder of the Bishop asterisk, and one of the first bosses in the game. 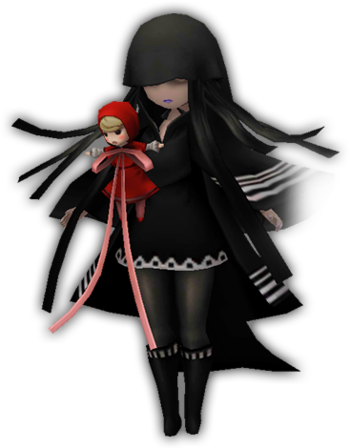 Holder of the Wizard asterisk, a ventriloquist carrying a doll named Donna. 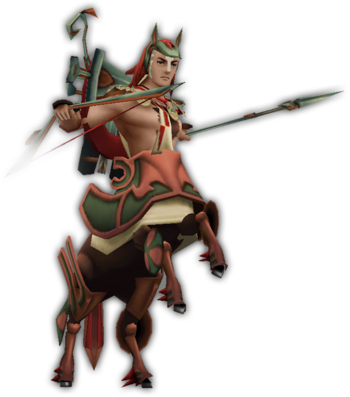 A centaur warrior summoned from the ancient past, and holder of the Charioteer asterisk. 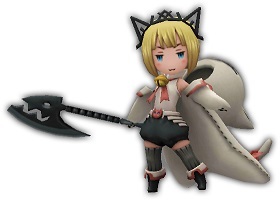 A 17-year old imperial assassin, the holder of the Catmancer asterisk, and the self-styled Queen of Cats (King of Cats in the Japanese version). 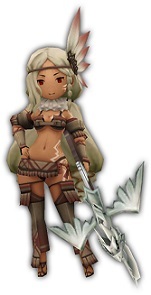 A woman from a minority tribe living deep in the interior of Florem. She holds the Hawkeye asterisk. 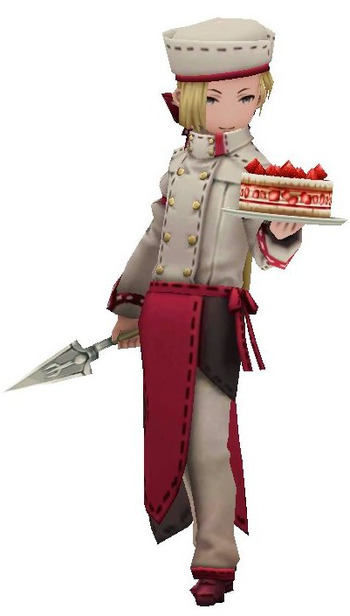 A pastry chef who uses his sweets to capture the hearts of ladies. He is the owner of the Patissier asterisk. 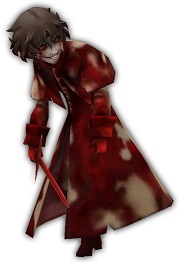 A servant of the Glanz Empire of unknown age and origin. He holds the Exorcist asterisk.

Geist's son, a soul trapped in a suit of armor, and holder of the Guardian asterisk.

The royal pet of Kaiser Oblivion who joins Minette in battle against Yew.

Two low ranking officers in the empire encountered through the story.

The fairy who serves as an adviser to Kaiser Oblivion. For more on her see Bravely Default Divine Beings.

Unaffiliated to the Glanz Empire 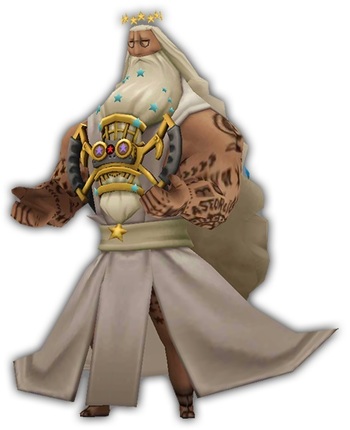 A semi-retired professor at Al-Khampis, and holder of the Astrologian asterisk.

Initially believed to be a princess from Yunohana, she is actually a fox yokai whom confronts the party with the darkness they hide in their hearts. She is the holder of the Yokai asterisk.