The main antagonists of the series and the ones who oppose them. Their Divine Conflict has indirectly driven the events of the whole series.

WARNING: In case you didn't notice on the main page, this page contains spoilers for all games in the series. All spoilers on this page will be unmarked. Read at your own risk. 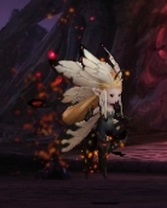 The real Big Bad of Bravely Default, who's been pulling the strings from behind the scenes. Contrary to her words, Airy is a malevolent being, who's been lying to the party from the very beginning. She's not activating the Crystals to save the world, but to help her boss attack the Celestial Realm. She is the evil sent to seduce the vestal and companions into awakening the crystals for her own malevolent purposes.
God of Destruction 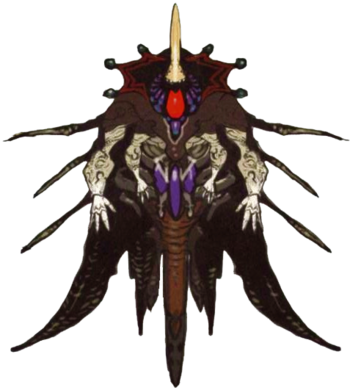 Serpent that devours the horizon
The true true villain of Default and the source of the chaos that plagues Luxendarc. A malevolent God of Destruction seeking to consume all reality in order to conquer the Celestial Realm and rebuild creation as he wishes. Airy is his servant, charged with linking numerous worlds to feed him the power he needs to enact his plan.
The Herald 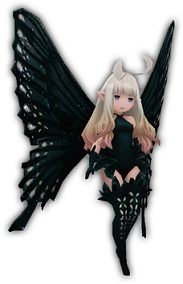 Airy's sister, who called the player in the first game and appearing near the finale of the true ending. She is the herald of Providence and has been manipulating Emperor Oblivion to serve their ends and the actual Big Bad of Bravely Second. 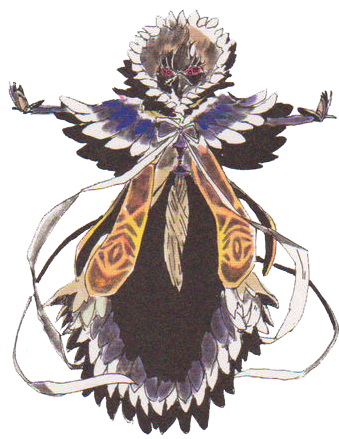 Deity of the Celestial Realm 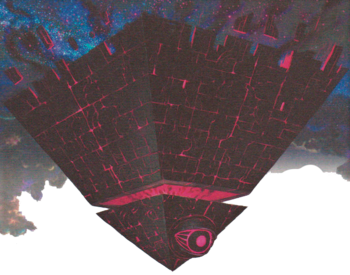 New World Order
The deity of the Celestial Realm and a rival to Ouroboros. He uses Anne as his proxy.

Although the character is referred to as female in the Japanese version, the American version uses male pronouns, which the examples of the tropes below are written with.

The player of the game, and a high-ranking inhabitant of the Celestial Realm. The player guides the characters through their adventures, squaring off with all ranges of villainy. Despite being manipulated at times by even greater powers, this mysterious being refuses to give up.

Altair's wife, a fellow scientist from the Celestial Realm.

A mysterious figure from the Celestial Realm, whose main motive is to save Altair and Vega's souls from Providence's grasp.