The main antagonistic nation in Bravely Default as well as their allies. Otherwise known as the "Jobmasters", theese people possess the Asterisks, mystical artifacts that grant a lifetimes worth of power and skill with minimal training.

Note that a majority of them reappear in Bravely Second. Beware of uncovered spoilers.

open/close all folders
Advertisement:
Jobmasters as a Whole

The first Eternian military group encountered in the game. They were charged with conquering the Kingdom of Caldisia.
The Knight

The Captain of the Sky Knights and holder of the Knight asterisk.
The Monk 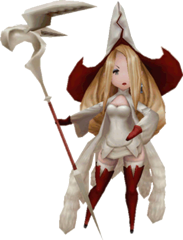 The White Mage asterisk holder. She's a talented healer but is sadistic to the core.
Advertisement:
The Black Mage 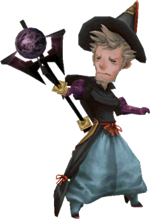 A lieutenant commander of the Sky Knights and holder of the Black Mage asterisk.

A merchantry allied with Eternia, they took it upon themselves to spread anticrystalism and technological progress onto the desert land of Ancheim, though it is simultaneously making profits at the cost of its citizens' livelihood.
The Time Mage 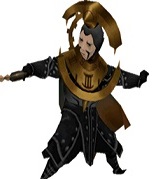 The king of Ancheim. Hating the vestal and Crystal Orthodoxy, he masterminds a plot to sow dissent in the people of Ancheim towards her, together with Erutus Profiteur. He actually turned his back to the kingdom a long time ago in favor of the duchy of Eternia, and is now a Time Mage, as well as the holder of the Time Mage Asterisk. 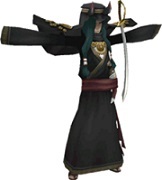 A wandering swordsman who hires himself out as a bodyguard, and who acts as the messenger to other members of the K&P Merchantry. He is a Spell Fencer, and the holder of the asterisk of the same name.

The leader of a group of thieves who call Harena Ruins home, and who also holds the Thief asterisk. No one knows his real name.

An Eternian military force charged with converting the city of Florem from its devout worship of the Crystals; they have taken it upon themselves to turn the once-beautiful city into a Wretched Hive of sex and materialism.
The Red Mage

A dandy who picks up women in Florem with the help of a certain technique...which turns out to be a cologné designed to intoxicate them with desire. He then takes them underground to extract from them the ingredients needed to make more of the drug. When he's cornered, he reveals his identity as the leader of the Blood Rose Legion, and the holder of the Red Mage asterisk.
The Valkyrie

The holder of the Valkyrie asterisk, and the eldest of the Venus sisters. She is a serious warrior and a devout follower of anticrystalism. She and Edea trained under the same master.

The holder of the Summoner asterisk and the middle sister of the Venus sisters. Her mind is broken and she delights in seeing the destruction of beauty. A man named Suleiman (who she is fond of) is searching for Susano-o for her.

The holder of the Ranger asterisk and the youngest of the Venus sisters. She's gone completely feral and does not listen to anyone but her oldest sister.

The highest military division of Eternia, they were charged with helping Eternia's Swordbearer allies in their civil war against the Shieldbearers in the region of Eisen.
The Swordmaster

The holder of the Swordmaster asterisk and leader of the Black Blades, as well as a founding member of the Eternian regime under Braev. He is Edea's teacher.

The Captain of the ghost ship SS Funky Francisca, and First Mate of the Black Blades. He has fought with Kamiizumi for years, and his freespirited personality makes him well-liked. The reason he commandeers the Funky Francisca is because the ship's former captain, Suleiman, was a friend of his, and he is trying to fulfill Suleiman's last wish, which is to find Susano-o.

The leader of the Black Blades' covert forces, Konoe specializes in assassination and infiltration. She holds the Ninja asterisk.

One of the Black Blades, and the holder of the Salve-Maker asterisk. Despite his skill in medicine, he prefers making toxins and destructive substances. One of those substances eradicated a major part of the Shieldbearers, and turned a good chunk of the east of Eisenberg into a wasteland. He was charged by Kamiizumi to tend to those affected by the toxin he made, but he's unruly and only wants to make more toxins.

Praline/Purin a la Mode, Diva of the Battlefield

One of the Black Blades, a song idol, and holder of the Performer asterisk. Her songs bolster her fan club, giving the Shieldbearers stationed at the bridge a lot of trouble. As the bolstered fan club is too much for even the party to handle, they have to fall back, but travelling the world, they come upon the students of a Bard who was said to be able to dispel the effects of such a song. Learning the bard's secrets, they drowned out her song and defeated her in battle, causing her to renounce her status as an idol and leave Eisenberg to go back to being a normal girl.

The Council of Six

The ruling council of the Duchy of Eternia. Founded as leadership of the Anticrystalism movement, they are dedicated to the spread of Anticrystalism all over the world, essential conquering Luxendarc to spread their ideologies.
The Templar 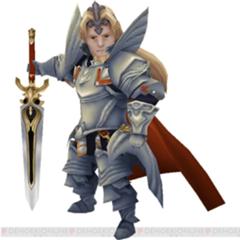 Edea's father, the Grand Marshal of the Duchy of Eternia, leader of the Council of Six, and holder of the Templar asterisk. He is the leading force behind Eternia's "anticrystallism" ideals. He may know more about the crystals than he lets on.
The Dark Knight 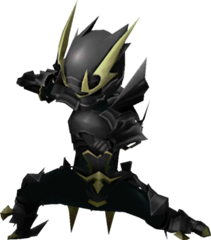 A Dark Knight who has ties to Edea and her father. He's one of the Council of Six.
The Spiritmaster 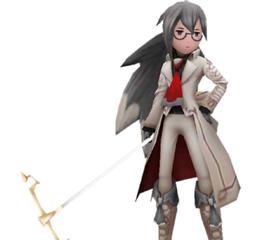 One of the Council of Six and the holder of the Spiritmaster asterisk. A doctor whose keen knowledge of white magic has stood out since his youth, and his work made Eternia known as a land of everlasting life. He is in charge of treating Victoria, and he's seldom seen without her.
The Arcanist 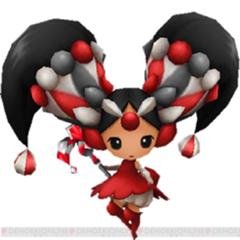 One of the Council of Six and the holder of the Arcanist asterisk. Despite her infantile looks, she has a cruel personality, and despises the Orthodoxy and the vestals. Is seldom seen without Victor.
The Vampire (Spoiler Character)

One of the Council of Six. One of the two "unseen" ones of the Council of Six, as well as the Archduke of Eternia. He's many centuries old as a result of his accepting immortality from an unknown voice, when he was stripped of his Cardinal title, his land and household burned, and his parents murdered by corrupt members of the Crystal Orthodoxy. He fought many times with Sage Yulyana, up until both of them witnessed an angel descending upon earth, and speaking of ominous things to come. They have since become partners and are fighting to combat the doom that the angel prophesied would befall upon Luxendarc. He is the holder of the Vampire asterisk, though he's not really a vampire, despite his immortality.

A perverted old tailor who lives in Yulyana Woods. The party seeks him out to make a new vestal garb, as he's the go-to-guy for his craft. He is actually a member of the Council of Six, but helps the party for reasons unknown. Lord DeRosso reveals that he and Yulyana were once bitter enemies, but that Yulyana came to see the Crystal Orthodoxy's corruption, and when an angel intervened in their final confrontation, they became partners in order to avert a great doom falling upon Luxendarc. To undermine the corrupt Crystal Orthodoxy's power and influence, he created the Job Asterisks. He himself is the Jobmaster for the Conjurer class.