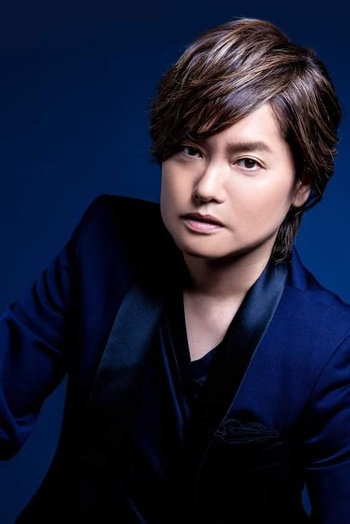 Although he is best known as the voice of snarky teen genius Shikamaru Nara from Naruto, Showtaro/Shōtarō/Shoutarou Morikubo is also the voice actor to find if you want Jerkass characters. Yes, jerkasses. But at least those with a hidden heart of gold.

Outside of voice acting, he is a singer and has released a few albums. His looks have also won him a large number of female fans. Once, he was married to Yuu Asakawa. However, Showtaro "Jerkass" Morikubo and Yuu Asakawa turned out to be incompatible, and the latter announced that the marriage had to end in 2009, and it did. As of 2014, he has announced another marriage... but to a non-showbiz-related lady. Seeing that the trend of seiyuus marrying with those not in the business tends to be safe, so far, hopefully Morikubo can keep himself up this time. Fortunately, it paid off when near the end of 2017

Has relationships in voice acting with Nobutoshi Canna and Takahiro Sakurai.