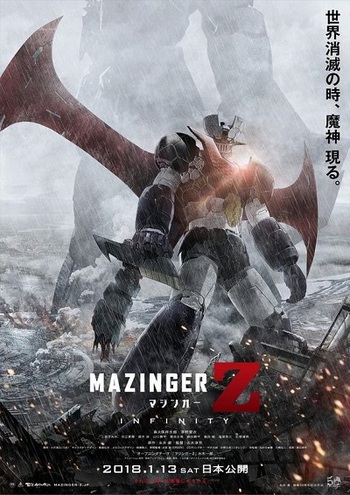 Mazinger Z: Infinity is a movie adaptation of the Mazinger franchise meant to commemorate the 45th anniversary of the original manga and television anime series. It takes place 10 years after the original series. A colossal robot of unknown origin - dubbed the Mazinger Infinity - is found inside Mount Fuji, along with a mysterious girl named Lisa. Soon after, the supposedly-dead Doctor Hell reappears along with all his minions and mecha-monsters. Mazinger's pilot, Koji, must unravel these mysteries to save the world.