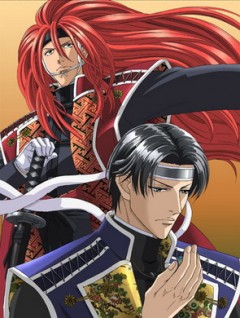 Winter Cicada (Fuyu no Semi) is a Boys' Love series of three OVAs set against the backdrop of the Meiji Restoration, written by Youka Nitta.

A young man named Kusaka is part of a clan intent on expelling foreigners from Japan, a view he personally disagrees with. He first meets Akizuki during a failed attempt to prevent his clan members from burning the British Embassy, and during their second meeting persuades Akizuki to teach him English. Eventually Kusaka is offered the opportunity to go to Great Britain for several years, and confesses his feelings to Akizuki just before he goes.

When he returns, both their clans have switched viewpoints and are embroiled in the Boshin War. Kusaka obtains a high-ranking position and searches for Akizuki at every fight he is in. When he finds Akizuki on the battlefield, about to commit suicide, he stops him, kills the only witness, and sneaks him away. Akizuki is unable to escape but still determined to commit suicide, grieved that Kusaka would commit murder for him. Kusaka on the other hand is determined to keep Akizuki alive at all costs.