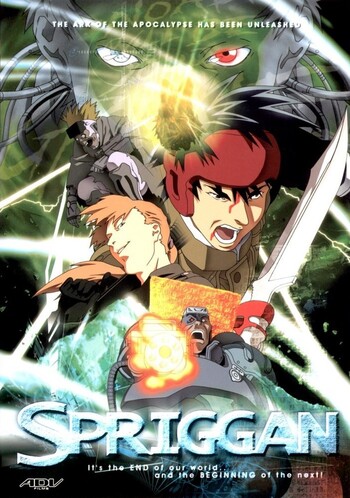 Spriggan is a 1998 film based on the Noah's Story Arc from the original Spriggan manga. It was directed by Hirotsugu Kawasaki, with the screenplay by Kawasaki and Yasutaka Ito, and produced by Studio 4°C. It was released in Japan on August 21, 1998.

While it is a standalone movie, it has Adaptation Distillation and Pragmatic Adaptation done to it by taking tidbits from other manga chapter arcs to expand on it, which are going to be Mythology Gag.

The 1998 movie showed Yu's trip to the Turkish countryside, all the way to Mount Ararat.

The 1998 movie showed Yu's trip to the Turkish countryside, all the way to Mount Ararat.