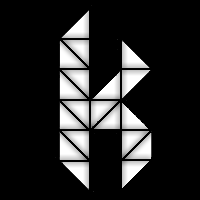 Neal Gallery "Koibu" Pass Erickson is a Dungeon Master and streamer. He creates and streams various live Tabletop RPG campaigns on Twitch. His games are set in his fantasy continent of Arcadia and other nearby lands.

Neal has developed house rules for Dungeons & Dragons 2nd Edition & 5th Edition. He started streaming as a DM for Rollplay.

The campaigns are broadcasted live on Neal's Twitch Channel

. Campaigns with popular streamers are usually broadcasted and archived on the streamer's channels.

Koibu as a whole provides examples of:

Tropes A to Z
Tropes for all the Campaigns.
Advertisement:

open/close all folders
Dicing with Death
Neal and Ryan take turns Dungeon Mastering and playing various campaigns under the heading of Dicing with Death. The two friends have been playing this way since the mid 1990s. Because this game features only a single player, the storylines and character development are much deeper, faster, and more intricate. With frequent character turnover, the two cast members swap DM and Player positions giving the game a diversity of style you won't find anywhere else.

Episodes where Neal is the DM take place in Arcadia starting from Episode 58.

Shenanigans
In this "Monster of the Week" style campaign, a rotating cast of characters find themselves in a different wacky situation every session. Each session starts in the town of Bergshire inside Shenanigans, a tavern run by the famous former adventurer Desmond and his wife Elizabeth, "Lizzy". Other reoccurring NPCs include their 13 year old daughter Layla who is studying at the local wizard academy Woghorts, Borch the Orc cook that Desmond saved during one of his former adventures, and their not-so-helpful Kobold assistants.
Misscliks: Seaborn
The island of Embershore in the Spice Isles suffers a natural disaster and a group of misfits are tasked with damage control and reconstruction. Their efforts lead them into discovering the cause of the natural disaster, and into adventures on the high seas.
Hardcore Heroes
In order to utilize the fear of death, players will leave this campaign when their characters die. To make things even harder, character death happens at 0 hp (instead of -10) and we use the strict RAW (rules as written).
Age of Strife
The age of strife is an period of time where the vast human empires of ages past have fallen to their own greed, thirst for power and an Elven-Dwarf alliance. The Great War has reduced humanity to but a tiny fraction of itself, both in number and in power. Monsters roam freely and unchecked while Orcs and Goblins claim the still smouldering human strongholds.
Misscliks: Devotion
Kes and Kellen are siblings, bards, and travelling companions, joined by their respective lovers Ransom and Olivia. Together this travelling "double date" inspire crowds while solving mysteries and fighting monsters.
Frozen Frontier
Caldonia is the cursed continent to the south of Arcadia. 1509 years ago it was frozen over in the same horrific event that created the canals of Arcadia. Since then, nobody has ventured to this lost land. High Princess Sela of the kingdom of Drekis is launching an expedition to Caldonia in hopes of recovering the treasures of a lost civilization. Our heroes will have to battle the elements alongside unknown dangers as they explore uncharted lands.Happily Married: Kel William and Melissa have a happy marriage before the events of Frozen Frontier begin.
Heroes' Graveyard
TrumpSC and Koibu team up to send players to their deaths. In this dual D Med campaign, Neal 'Koibu' Pass Erickson runs the story, Jeffrey 'TrumpSC' Shih runs the monsters, and the players run way. Various streamers and esports personalities come together in a rotating cast to explore a floating island that has appeared off of the Sword Coast in the Forgotten Realms. An ancient civilization lies in ruins, flooded with monsters that don't normally work together.
Game On
A group of heroes are recruited by the Baroness of Meadstead to get back her crown.
Assassin
As an agent of Malkis, our Assassin seeks to destabilize Arcadia through selective murders and killings. Based on the declassified CIA document "A Study of Assassination", our single player must overcome incredible odds through careful planning, cunning, and a quick flash of steel.
Fatal One
This is a 5e dungeon crawl community event. There is a large maze filled with horribly lethal and terrible things.

Neal Erickson / Koibu is the Dungeon Master, the rotating cast of four player party of 6th level characters takes a run at the dungeon. There are many ways to get to the exit, and none of them are easy. It will take the community coming together to explore the dungeon, making notes on layouts, monsters, treasures, traps and mechanics. Eventually if all the viewers work together, they might uncover a way through. We will be incredibly strict about the mechanics, for they will need to be pushed to their limits.

Akuban Knights
The world has fallen into Chaos and War. Things are not looking good. The supposedly neutral country of Akuba has an arms deal coming up with Mistrya. The party's father is the king of Akuba, King Haraziem, and thinks the arms deal is short-sighted, even if it hurts Drekis.
Gnomes, Tomes and Catacombs
The adventures of a group of heroes who start out in Dusty's Tavern in Fen Den, who want to make the realm a better place, and to bring justice to those who think themselves above the law.
Homeward Bound
Taking place in the immediate after effects of Frozen Frontier, this is the first high level campaign featured on this channel. Our heroes explore a new and wild world with different laws of nature, strange environments, and intimidating monsters. What horrors await our heroes? How will they ever find their way home? What will be the costs?
Of Dice and Men
The Muscle, the Sage, and the Spy have all been brought together by the Leader to form the detective agency known as V.O.A. (Various Operations Agency). Their first big break will lead them down a path of murder, mystery, and mayhem as they tackle their caseload out of Kronwikk.
Desperate Measures
The evil red dragon Scoria has been bleeding Mistrya for generations. As the War for Arcadia rages, the village of La'Triene in the Lakonish Highlands has sent out their only cleric, along with two woodsmen and a thug, to raid the ruined nearby Eridonian countryside. Normally good men forced into Desperate Measures might have to do some pretty terrible things in the name of self preservation.
Empires of Arcadia
Our party begins as an elite class of citizens in one of the rare jungle towns called Yaka. They are known as rangers. Men and women who work for the city council to protect the town from its many threats. Their decisions will define the island’s future.
Outpost Santa Barbara
"It's this outpost that has been built, a small town that's growing...One of the player characters has been elected governor by the other player characters. And I don't know why they elected the bard as governor, but they did, and it's fun. And one of the characters is a straight up drug dealer who's looking for new sources of drugs, and is trying to get everyone to try his drugs all the time." ― Koibu
Tombs of Scoria
3 nephews of the Queen of Drekis work to gather magical items to defeat Scoria the Red Dragon.
Legends of Arcadia: Genesis
Anthology of stories set at the dawn of the world.
Embers of the Wilds
Set 20 years after the fall of the Ferrin Empire, a town, Trog Canyon, is hidden away and trying to survive in a hostile world.
Tides of Death
A group of people who are pirates in the Dardens.