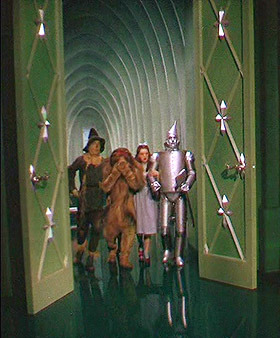 Some people feel a need to make huge doors just to be dramatic. Sometimes there is a real reason behind making a door so large, but more often, there isn't. This trope is Exactly What It Says on the Tin: a giant door.

Compare Cool Gate. See also Cool Key for some of the keys which may fit the door.