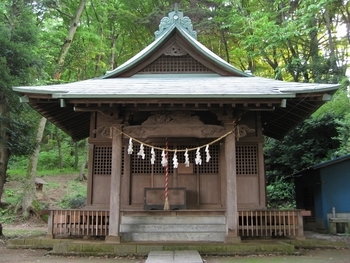 The two main Japanese religions are Shinto (an animistic religion similar to (neo-)Paganism in the West) and Buddhism. A lot of anime action takes place in Shinto shrines (jinja) and Buddhist temples (tera). Series with a supernatural bent may be set there for part or all of their action. More light-hearted Slice of Life series may feature the characters attending a festival such as Hatsumode (New Year's), possibly as part of a Festival Episode. Famous shrines and temples are also good destinations for a Class Trip.

You may or may not meet a miko at shrines. Shrines usually will also have shimenawa present.