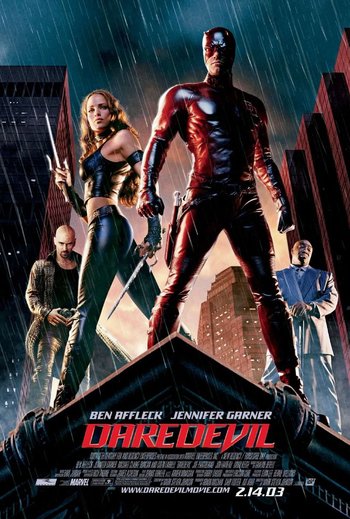 When justice is blind, it knows no fear.
"Hell's Kitchen is my neighborhood. I prowl the rooftops and alleyways at night, watching from the darkness. Forever in darkness. A guardian devil."
— Matt Murdock/Daredevil
Advertisement: