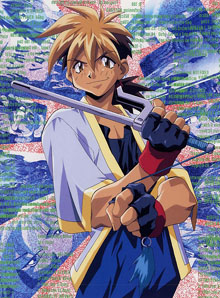 The Protagonist of the story, a Japoness inhabitant who awakens the titular Saber Marionettes, each one in the first, third and fifth episode. 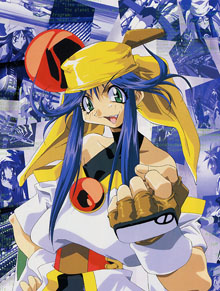 The first marionette awakened by Otaru, Lime's childlike naïveté sets her apart from other marionettes, most of whom can't think for themselves. She, along with Cherry and Bloodberry, loves Otaru, but is far more innocent in her intentions than the other two, which is saying something. 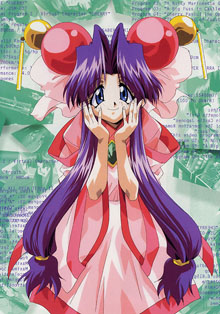 Technically the second marionette Otaru awakens (In the manga, she and Bloodberry are awakened simultaneously), Cherry fits the role of a Yamato Nadeshiko quite nicely, right down to her impressive cooking. Often fantasizes about her Master Otaru whenever he's around her, mostly sexually. 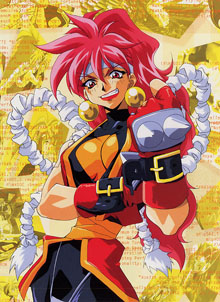 The last (and certainly the most powerful) marionette Otaru awakens, Bloodberry openly makes advances to Otaru and uses her charm to win him over. She's physically the oldest of Otaru's marionettes, filling in the role of a parental figure to Lime and Cherry. Unlike Cherry, she openly comes on to Otaru. 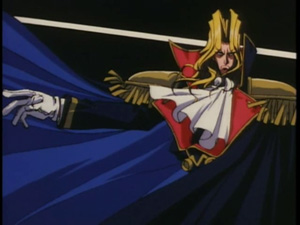 Kaiser (later Führer) of Gartland who seeks to dominate the other 6 city-states of Terra II. He's the fourteenth descendant of the original Faust, one of the six original survivors of the colony ship Mesopotamia. 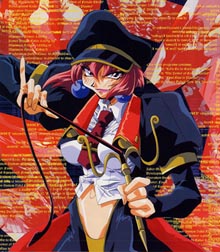 One of Faust's Saber Dolls, Tiger takes the role of leadership among the three Dolls, but not always. Just like how Lime, Cherry, and Bloodberry love Otaru, she deeply cares for Faust and does everything she can to please him, disregarding his abusive tendencies. 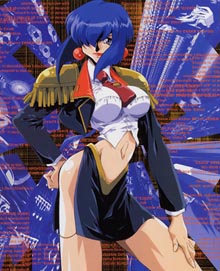 Sharing power with Tiger over leadership of the Saber Dolls, Luchs has intelligence that rivals Cherry's own tactical skills. Shows some degree of airheadedness once Faust gives the Saber Dolls permission to leave him post-J, but keeps her serious side dominant at all times. 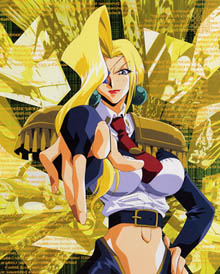 The most powerful of Faust's Saber Dolls, Panther uses her innate physical strength to pummel anyone who dares to defy Faust's reign. She's not the smartest or most patient of the three Dolls, but shows competency in what she does. She sees Bloodberry as a Worthy Opponent. 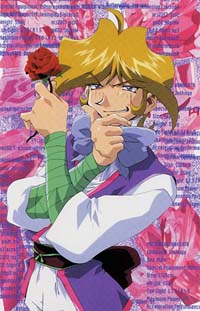 The Butt-Monkey of the series, he's the son of a wealthy man, but decides to move next door to Otaru. At first, he's a Jerkass to Otaru and berates his hardworking lifestyle, but later becomes obsessed with him. He also helps Otaru and the Marionettes several times with his vast knowledge about Terra II, its history and cultures.

The fourteenth Shogun of Japoness. A direct clone of one of the original survivors of the colony ship Mesopotamia. 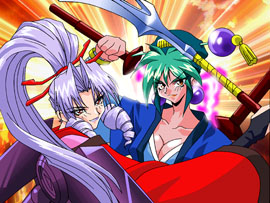 The guardians of the Japoness castle. They don't have Maiden Circuits, but seem to be more intelligent than most normal Marionettes. 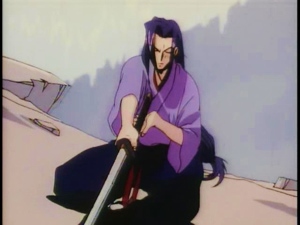 Otaru's sensei and parental figure. Sometimes he shows up to help Otaru with advice. 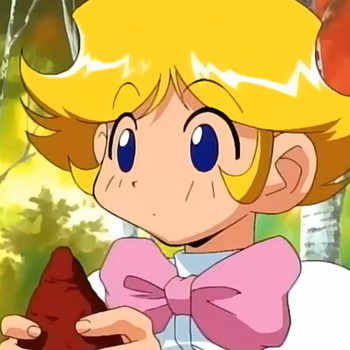 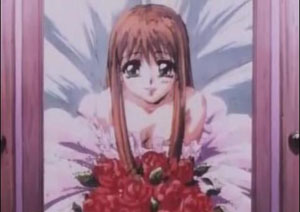 Voiced by: Yuri Amano (JP), Ellen Kennedy (EN, J Series), Emilie Brown (EN, J Again Series), Isabel Martiñón (LA), Elsa Covián (LA, J Again OVA)
A woman only known through a painting of her in the Japoness pioneers museum. Her painting serves as a reminder of "The human female", a gender which does not exist on Terra II.

The seventh survivor of the Mesopotamia incident, Lorelei was locked inside the orbiting ship for roughly 300 years because the A.I. program she invented fell in love with her. Once she's saved from her suspended animation, she resides in Japoness to serve as the city-state's new ruler. Her wisdom allows her to fill the vacant spot of Shogun Ieyasu quite nicely, but she longs to go out and explore Terra II in spite of the Imperial Guards' protection of her.