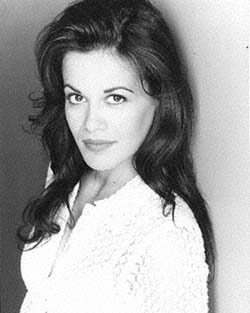 Venus Terzo (born October 17, 1967) is a Canadian actress. She was nominated in 2002 for the Gemini Award for Best Performance by an Actress in a Continuing Leading Dramatic Role for her role as Detective Angela Kosmo. Terzo speaks English, French, Italian, and some Greek.