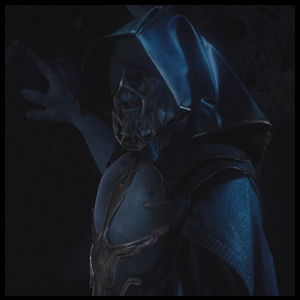 "We look beyond the Earth to greater worlds the Tesseract will unveil."

Appearances: The Avengers | Guardians of the Galaxy

An alien who acts as the mouthpiece of Thanos.

The Children of Thanos / The Black Order 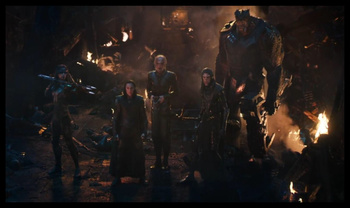 Left to right: Proxima Midnight, Loki, Ebony Maw, Corvus Glaive, Cull Obsidian. Not pictured: Gamora and Nebula.
An elite group of warriors composed of Thanos's adopted "children". They are based on the Black Order from the comics, especially in Infinity War where most of them debut.
Corvus Glaive 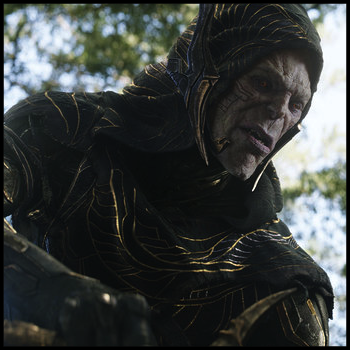 "I thought you were formidable, machine. But you're dying, like any man."

An alien warrior who wields a powerful atom-splitting glaive. 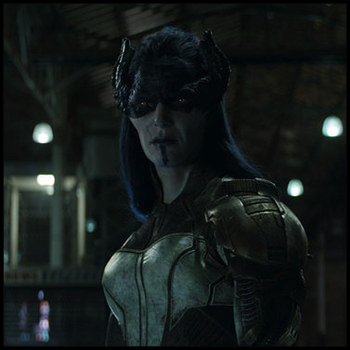 "Thanos will have that stone."

"We have blood to spare."

A female warrior who serves Thanos. 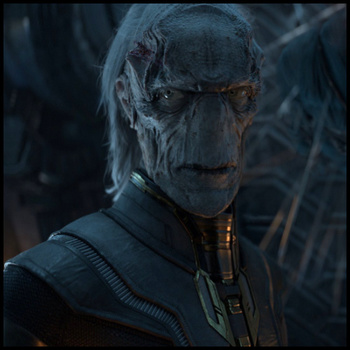 "Smile... for even in death... you have become children of Thanos."

"In all the time I've served Thanos... I have never failed him. If I were to reach our rendezvous on Titan with the Time Stone still attached to your vaguely irritating person, there would be... judgment."

A smarmy, condescending telekinetic alien whose main pleasures appear to be praising Thanos and brutally torturing his victims. 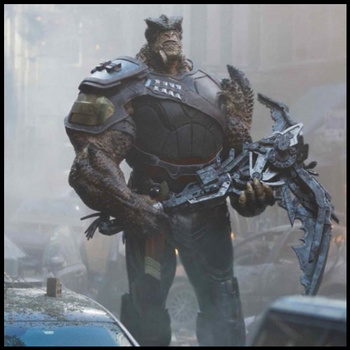 A hulking brute, the strongest warrior in Thanos's army. 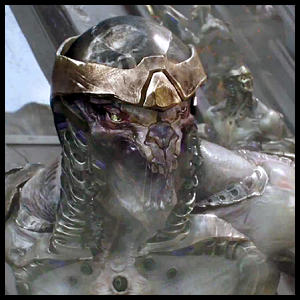 A mysterious race of cyborg aliens in the employment of Loki and the Other. They invade Earth in The Avengers, and serve as Thanos's foot soldiers in his conquests. 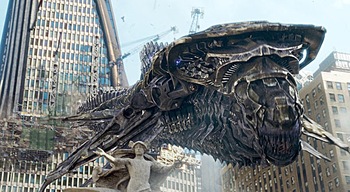 Intergalactic beasts employed as warships by the Chitauri. 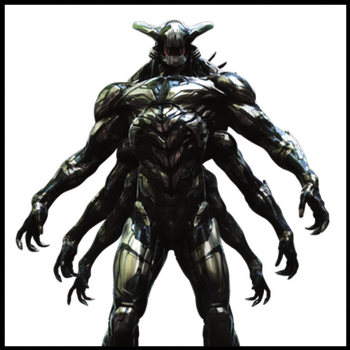 A synthetic race of genetically engineered aliens employed by Thanos as shock troops to invade Earth during his search for the Infinity Stones.

Large creatures commanded by the Chitauri. 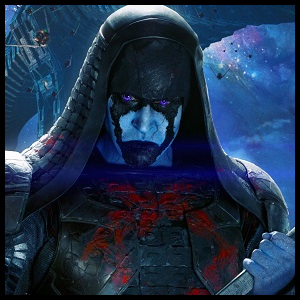 "I don't recall killing your family. I doubt I'll remember killing you, either."

"They call me 'terrorist,' 'radical,' 'zealot,' because I obey the ancient laws of my people, the Kree, and punish those who do not. Because I do not forgive your people for taking the life of my father, and his father, and his father before him. A thousand years of war between us will not be forgotten!"

A Kree fanatic who insists on staying true to the old ways of his people... particularly their code of vendetta. When the peace treaty between the Kree and Xandar is signed at the beginning of the movie, he goes rogue. 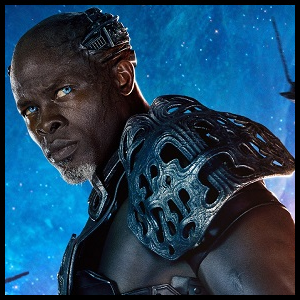 "Who?"
Click here to see him in Captain Marvel 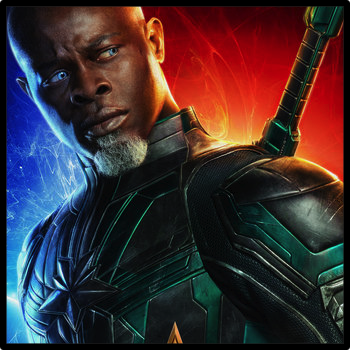 Appearances: Guardians of the Galaxy | Captain Marvel | What If...?

A former member of the Kree Starforce who became an officer under Ronan.

Monks of the Exolon race that serve Ronan aboard the Dark Aster as attendants and pilots.

Thanos gets a taste of his own apocalypse.

Thanos gets a taste of his own apocalypse.