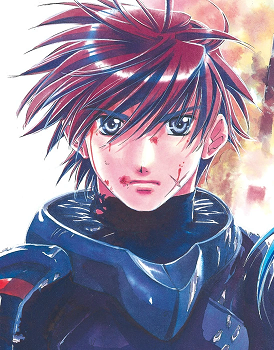 The protagonist of the series. He is an approximately 16 year old sergeant within the paramilitary counter-terrorist force, Mithril, and has been designated as Kaname Chidori's undercover bodyguard. He is an Arm Slave specialist in the SRT (Special Response Team) of the Western Pacific Battle Group "Tuatha de Danaan". His call sign is Uruz-7 and his ID number is B-3128, and he operates as the team point-man. Growing up as a Child Soldier in the KGB and mujahideen, his talents as a soldier come at the expense of any and all social skills. 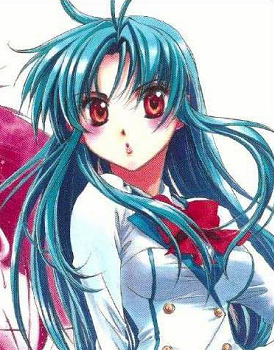 Kaname is the main female protagonist of the story, and appears to be a "normal" 16 year-old Japanese high school student at first glance.note The character was taken from a friend of the authors also named Kaname Chidori. However, the discovery of her Whispered abilities attracts the attention of terrorist organizations. As a result, Sousuke has been assigned by Mithril to protect her. While Sousuke Sagara's battle intuition generally saves her from dangerous situations, she often considers Sousuke's instincts an irritant in daily high school events, leading to countless comical situations. Nonetheless, she and Sousuke continue to grow closer, to the point where they have expressed their feelings for each other. 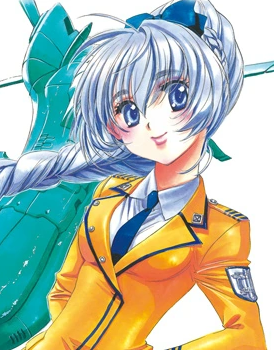 Teletha "Tessa" Testarossa is the clumsy but charming Captain of the Mithril anti-terrorist organization's revered TDD-1 'Tuatha de Danaan'. She is American by birth but has lived on submarines and military bases for most of her life. She is also a child prodigy who rose to her relatively high rank at the age of only 16 after using her Whispered power to design the submarine. Tessa has silver hair (described as platinum/ash blonde) and grey eyes.