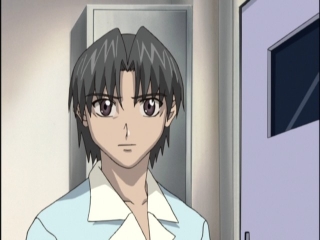 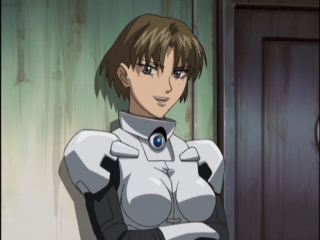 As a young girl without any family, Seina found sanctuary in the A21 juvenile assistance group under the leadership of ex-mercenary Takechi Seiji. The leader was the only father she ever knew and her dedication to the group was unmatched by any other for this simple fact. When the A21 was discovered by the mass media it was assumed to be a terrorist training camp, affecting Seina greatly. Once the great leader Takechi fell to suicide, Seina took it on her own shoulders to continue the name of the group.

A bad guy from the Surplus manga. A promising Mithril SRT recruit who washed out in his training in Belize, he's the Arc Villain responsible for stirring up up tensions in the Taiwan Strait.
Colonel Maress

The military dictator of Balic, he's the main target of Mithril's WPF op in The Second Raid. He uses Amalgam-modified Patriots to take out Teiwaz 12.
Quang Van Dao

The brutish arena combatant of Namsac, who pilots the customized Mistral-II called "Ogre". He's not quite the friendliest person around town, but has a little bit of more hate in his heart reserved for the Crossbow team and any who ally with them.

The head of the Royal Thai Police's Namsac HQ, he's very corrupt and leads a bunch of them to maintain the town's Wretched Hive. He also works on behalf of Amalgam after he learns of Sousuke's Mithril affiliations.

Commander of the USS Pasadena and general pain in the ass to everyone around him. While not actively malicious, his one-sided rivalry with the mysterious Toy Box submarine (i.e. the Tuatha de Danann) and apparent assumption that he's the protagonist of some real-life action movie has made him a regular thorn in Mithril's side.