A British noble and leader in the council responsible for backing Mithril. He's known in Amalgam with the codename of Mr. Mercury.

A comms engineer working with the Intelligence Division in supplying the SRT/PRT forces in Nanking with field repeaters, he was bribed by Amalgam to sabotage the comms to ambush them. In the novels, he's the one responsible for allowing Nguyen and John to be appointed to the WPF.
Wraith 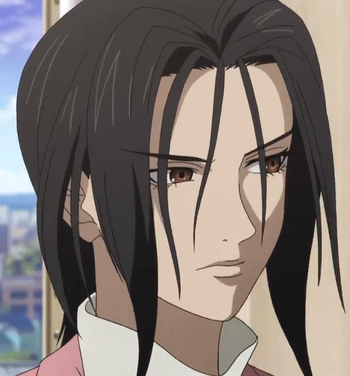 An ex-North Korean State Security Department agent recruited to work for Intelligence Division and Kaname's "real" bodyguard following the Sunan hijacking incident. She is at first against Sousuke's role to shadow Kaname, but eventually helps him out when Mithril is targeted by Amalgam.

A Western businessman who lived in Hong Kong before and after then civil war, he’s also Mithril’s Intelligence rep for operations in the SAR. He works with Wraith to get the ARX-8 to Sousuke after they were cut off from reinforcements.

A Whispered genius who worked with Dr. Painrose in R&D with Tessa. He's the one who oversaw the research on the ARX-7 Arbalest before he killed himself.

Sousuke's commanding officer and one of Tessa's military strategists with the rank of Lieutenant Commander, fulfilling the role of Operations Director, who operates under the codename of Perth-1. He is also the foster father of Sousuke. 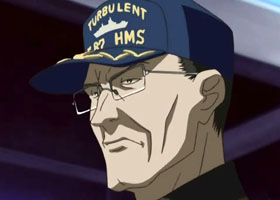 Holding the rank of Commander, Mardukas serves as the second of Tessa's strategists and Executive Officer, responsible for keeping the ship running smoothly. Has a professional working relationship with Kalinin and defers to his judgment on ground combat. Very stuffy and very British. 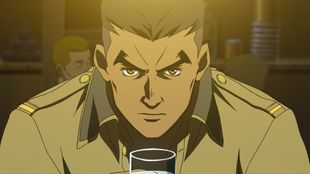 The new commander of the Western Pacific Fleet's Special Reaction Team after McAllen was assassinated during the attempted hijacking of TDD-1. He's African-Canadian and good buddies with McAllen. He holds the codename of Uruz-1.

The ex-SRT commander with the call sign Uruz-1 before Nguyen kills him. 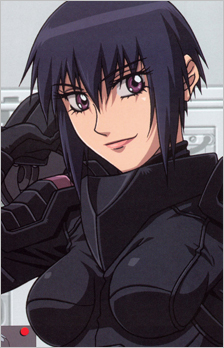 Serving as the SRT's second-in-command next to Gail McAllen, she serves in Mithril under the call sign Uruz-2 (formerly Uruz-6 when McAllen was in command). Her expertise in electronic warfare is valued by the Pacific Battle Group Tuatha de Danaan. Her rank was Sergeant Major, but by the novel Dancing Very Merry Christmas she has been promoted to Second Lieutenant, making her a commissioned officer. She is 25 years old.

Voiced by: Masafumi Kimura (JP), Randy Aguebor (EN)
An ex-American soldier. He's of Navajo descent with the codename of Uruz-5. After the raid on Merida, he was injured and was sent to recovery before he left Mithril after he got well.
Kurz Weber 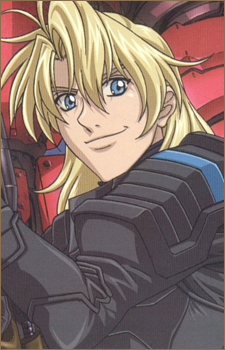 Kurz is a member of Mithril and has the rank of Sergeant in the SRT (Special Response Team) of the Tuatha de Danaan (TDD-1) Pacific Battle Group. He has the call sign Uruz-6 and his ID number is B-3127. He is an SRT Arm Slave pilot and designated marksman, equally proficient with sniper rifles and Arm Slave long range precision cannons. It is said he can visualize the exact trajectory of a bullet, resulting in an almost inhuman accuracy. He most often forms a three-man cell with squadmate Sousuke Sagara and squad leader Melissa Mao. He is regarded as a finicky genius, burdening the Mithril mechanics with extremely difficult to understand complaints and requests.

Voiced by: Phil Parsons (EN)
Ex-Navy SEAL operator before he was assigned to the SRT. His codename is Uruz-8.
Yang Jun-Kyu

An ex-South Korean Army soldier who was suppose to be a promising race car driver from Daegu. He gave it up after he joined the military and the SRT.
Nguyen Bien Bo

A new member of the SRT based in Merida who's a double agent working for Gauron. His codename is Uruz 10. 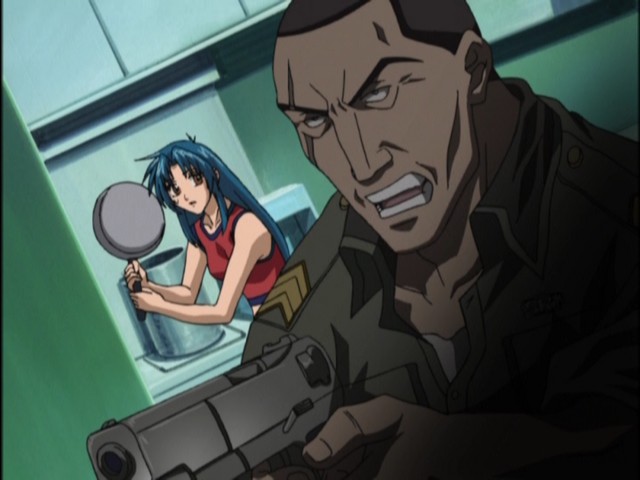 Sergeant John Danigan of the SRT, Uruz 12 is a traitor to Mithril, and serves as a valuable asset to Gauron. He was told he would be given a large sum of money so he made the ship's controls accessible by Gauron. His past military history included the airborne division of the American Army. His distinguishable feature is a large vertical scar over his right eye. A rough sort of guy, he detests when people address him solely by his first name without his permission, claiming "I only let a few people call me by that name."

Voiced by: Takehiro Murozono (JP), Andy McAvin (EN, Seasons 1-3), Christopher Wehkamp (EN, Season 4).
The system AI for the ARX-7 Arbalest and later the ARX-8 Laevatein. Because of the demands of the Lambda driver and TAROS interface, Al (spelled with a lower-case L rather than an upper-case I) is significantly more humanlike than a normal AS's AI (and, in Sousuke's opinion, far more annoying).

Lian Shaopin
A PRT operator assigned to work with John to guard Gauron inside the TDD-1's detention cell.
Tony
A PRT operator of Caucasian origin who debuted in The Second Raid. He gets killed during a hostage rescue op in the Cross-Yangtze Tunnel.
Wu
A PRT operator of Chinese origin. He was assigned in the Hong Kong operation to take out Amalgam's operation before civil war would break out.

A 2nd Lt. and engineer at Merida Island who worked on the Lambda Driver, and examined the Codarl Arm Slave. She's one of the few scientists recruited from a non-military background.

Teiwaz 12
Codename for a pilot team operating from the TDD-1 in a RAH-66 Comanche during the Balic raids.
Gebo 5
Voiced by: Chiharu Sawashiro (JP), Ricco Fajardo (EN)
Gebo 9 aka Lt. Eva Santos
Voiced by: Yukiko Mizuochi (JP), Giovannie Cruz (EN)
An experienced chopper pilot responsible for deploying Sousuke in the field. She gets killed when she was in Tokyo bringing in the Arbalest.