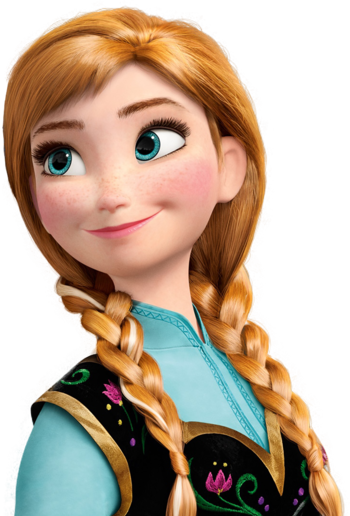 "Excuse me, I climbed the North Mountain, survived a frozen heart, and saved you from my ex-boyfriend, and I did it all without powers. So, you know, I’m coming."

Anna is the "ordinary hero" of the franchise, the youngest child and the second-born daughter of King Agnarr and Queen Iduna of Arendelle. She is the younger sister of Elsa. In both the first film and the sequel, she goes on a journey along with Kristoff, Olaf, and Sven to save their kingdom and to help her sister Elsa.