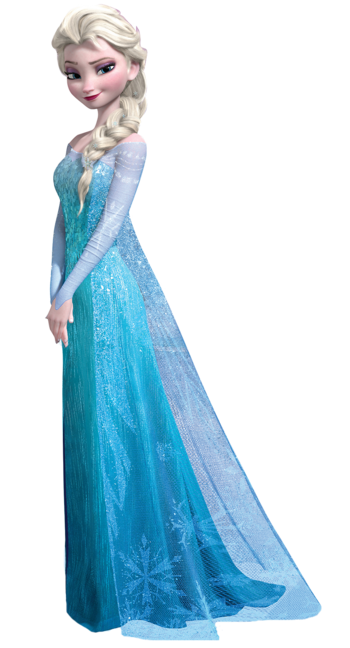 Elsa is the Snow Queen, the oldest child and the first-born daughter of King Agnarr and Queen Iduna of Arendelle. She is the older sister of Anna. Elsa has had the ability to conjure up ice from birth, sometimes unwittingly, but tried to suppress and hide it for years before embracing it with the support of her family.note She also had numerous tropes from when she was going to be a villain, which are found on the trivia tab.