"Hi, everyone. I'm Olaf. And I like warm hugs."
Voiced by: Josh Gad
Appearances: Moananote  cameo only | Frozen | Olaf's Frozen Adventure | Frozen Fever | Frozen II
Appearances in alternate continuities: Frozen: Northern Lights | Frozen Free Fall | Disney Infinity | Sofia the First | Kingdom Hearts IIInote retelling of Frozen
♫ I'll finally see a summer breeze, blow away a winter storm
And find out what happens to solid water when it gets warm!
And I can't wait to see, what my buddies all think of me
Just imagine how much cooler I'll be in summer! ♫
— "In Summer"

The first snow golem made by Elsa, and completed by Anna. He's initially built by them as children before returning as a living creature when they're older, and represents the childhood love between the sisters. He dreams of enjoying the summer. 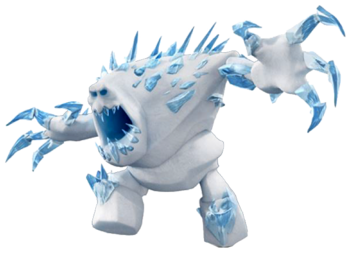 A large snow golem created by Elsa to keep people out of her castle.

Tiny snow creatures that Elsa accidentally creates when she sneezes throughout Frozen Fever. 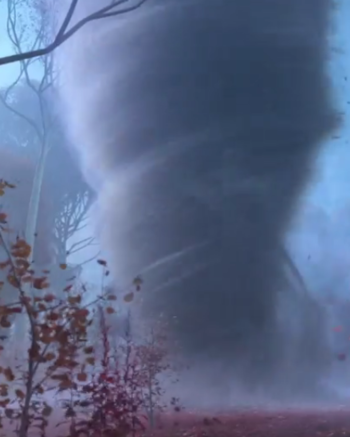 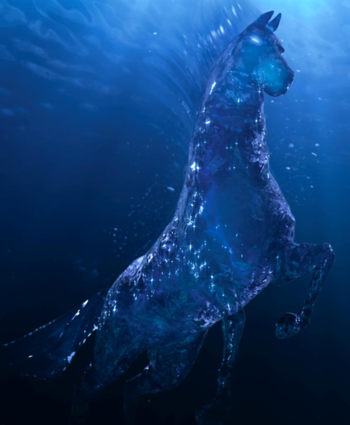 that takes the form of a horse. 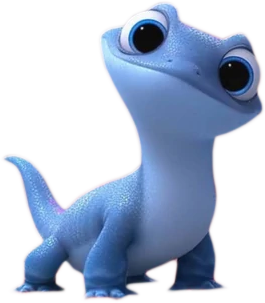 A small lizard that Elsa befriends in the Enchanted Forest. 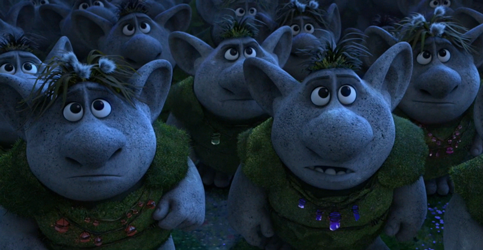 Boulder-like magical creatures who helped the king and queen save Anna from Elsa's magic when the sisters were children. Also Kristoff's adoptive family.