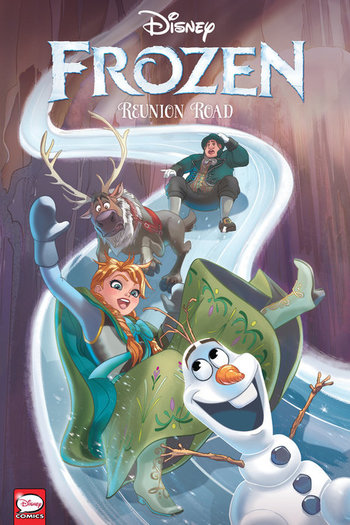 Frozen: Reunion Road is a comic series based off of Frozen. It is published by Dark Horse Comics.

Princess Anna and Queen Elsa attend a harvest festival with their friends in the kingdom of Snoob. While there, they go on an adventure to reunite Kai with his long-lost brother.