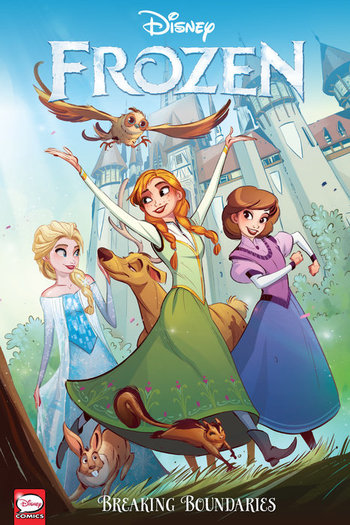 Frozen: Breaking Boundaries is a comic book based off of Disney's Frozen franchise. It is published by Dark Horse Comics.

The comic focuses on two different sub-plots. On one side, Anna's made a new friend, a neighboring princess named Mari. Mari helps Anna try to find her purpose in Arendelle. The other plot is Elsa dealing with troubles in a nearby forest.