Supervillains who operate independently or in smaller organizations. 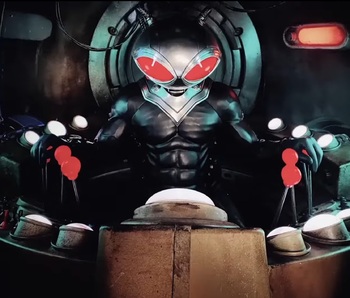 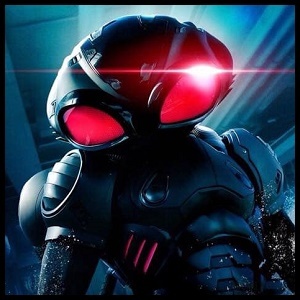 "I will show you the same mercy you showed my father and gut you like the fish you are!"
Click here to see him unmasked 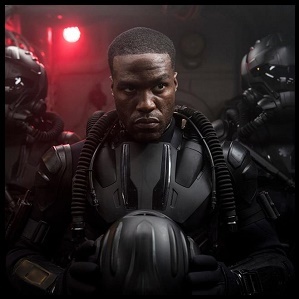 "I plunder the seas, and you're the Aquaman. We were bound to meet sooner or later!"

Other appearances: The Adventures of Aquaman & Mera

Arthur: You're that guy from the submarine.
Black Manta: That's right, but now I have Atlantean steel! Call me Black Manta!

A ruthless pirate and mercenary equipped with a powered diving armor he made using Atlantean technology. He has a score to settle with Arthur Curry/Aquaman after the latter let his father die. 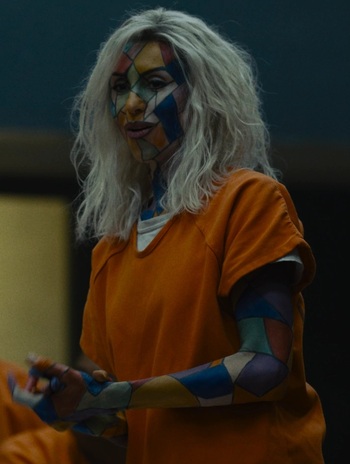 A Belle Reve inmate from the women's division. 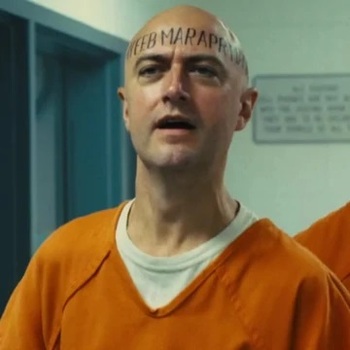 A Belle Reve inmate with a calendar gimmick. 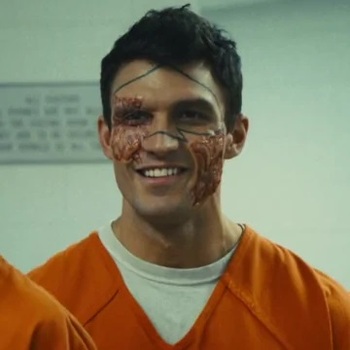 A Belle Reve inmate that was cursed with skin which peels off. 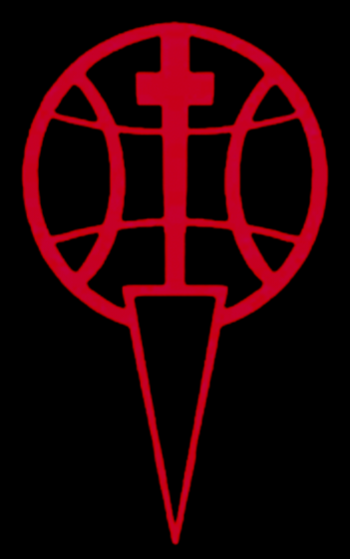 A terrorist organization with access to advanced technology. They have troops stationed across America, with a faction deployed to Kahndaq to retrieve their mystical artifacts.

The head of Intergang. 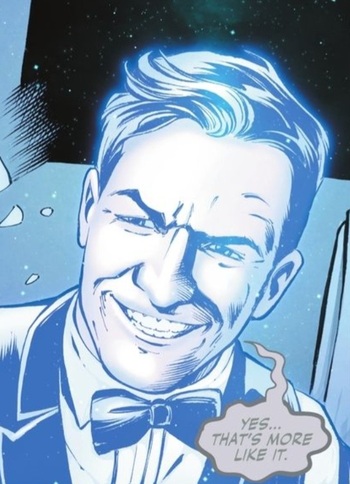 "If you had minded your own business...left well enough alone...I'd still be alive — I'd be alive — and you... you wouldn't be about to die!"

"Now I can be anything I want. Thief or terror...gentleman—or ghoul! But you, Carter...you never change. Oh yes. I know who you are behind your mask. They showed me. They showed me everything about you...who you are...what you fear...Look at you...trapped in the past...a shadow of the man...of the hero...you used to be...broken...irrelevant...little more than a relic yourself!"

An expert thief hired by Intergang to steal an artifact made of eternium. He dies while on the run from Hawkman, but makes a pact with demonic forces who agree to resurrect him if he kills Hawkman. 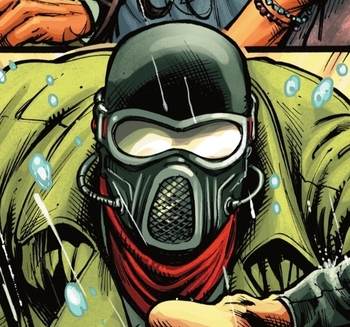 "What is it they say? About good things coming to those who wait?"

"Professor, I have a few questions about your extracurriculars."

Enemies faced by the Flash 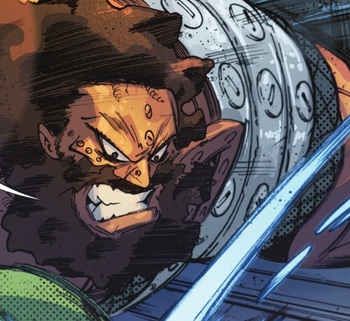 "I'm not here to rob the bank, Flash — I'm here for you! There's a price on your head and I'm here to collect. You wanted to play hero? Time to pay up!"

A criminal with metal skin. 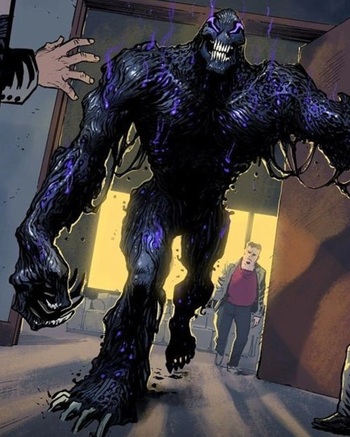 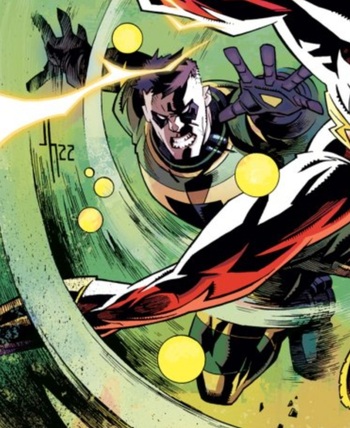 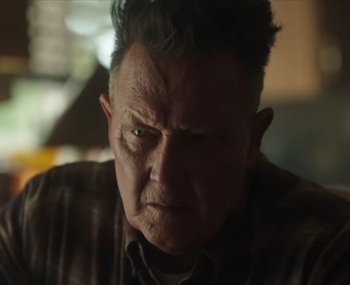 "How did my fuckin' sperm grow into a nancy-boy like you?"
Click here to see him as White Dragon 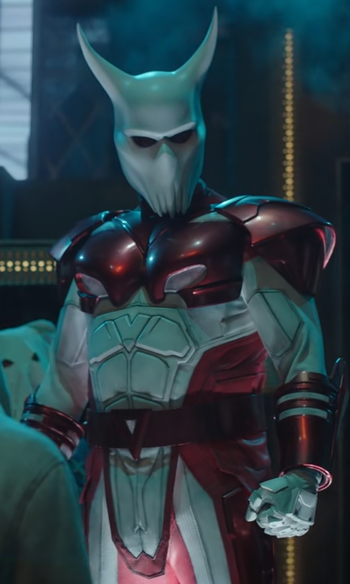 "Forty years ago, God challenged me as he did Abraham, but I was too weak to listen. But not no more!"

Father to Christopher Smith, aka Peacemaker. He's also the White Dragon, leader of a white supremacist group known as the Aryan Empire.

A kite-themed foe Peacemaker fought earlier in his career. 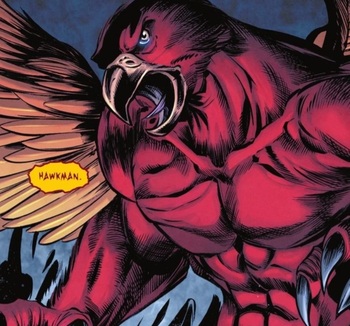 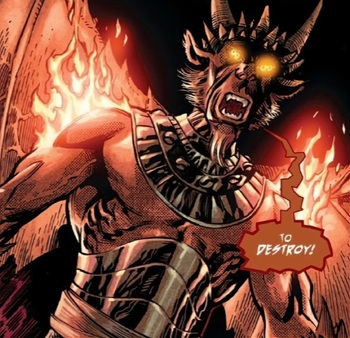 Diabolical entities that have a score to settle with the Justice Society.