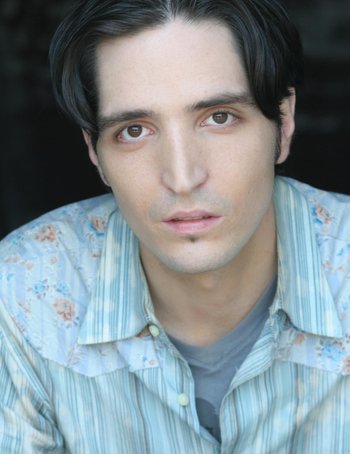 "David is a personal friend of mine, and I wanted to write a superhero role for him because he is a haunted guy. He's a very joyful guy with a wonderful family, but he looks haunted. And he's scary."
—James Gunn in this featurette

for The Suicide Squad
Advertisement:

He is perhaps best known for his roles as Thomas Schiff in The Dark Knight, Kurt in Ant-Man and its sequel, and Abner Krill/Polka-Dot Man in The Suicide Squad.

He also wrote and starred in an acclaimed 2014 semi-autobiographical independent film, Animals.