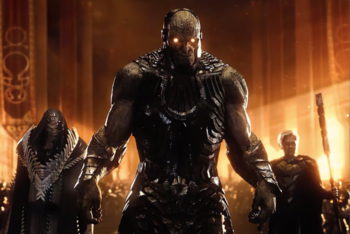 "But the bell's already been rung. And they've heard it. Out in the dark among the stars..."
— Lex Luthor

An alien species inhabiting the aptly-named world of Apokolips, a Death World ruled by the tyrannical Darkseid. 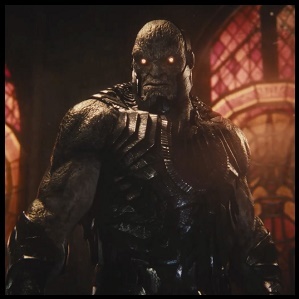 "If it is redemption you seek; Find the third box, synchronize the Unity and when this world is scorched, I will come for my great prize!"
Click here to see him as Uxas 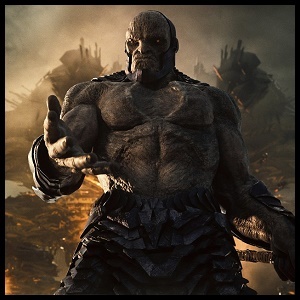 "I have turned one hundred thousand worlds to dust looking for Anti-Life, looking for those who robbed me of my glory. I will stride across their bones, and bask in the glow of Anti-Life, and all of existence shall be mine!"

The leader and most powerful of the New Gods, a ruthless conqueror of worlds and the evil ruler of Apokolips. Thousands of years ago, Darkseid invaded Earth and uncovered the Anti-Life Equation. His forces were repelled by the combined might of the Olympians, a Green Lantern and the united forces of Earth. Darkseid would retreat back to Apokolips and eventually ascended to the throne, now hellbent on attaining the power of Anti-Life.

See also the Knightmare page for his sheet in that timeline.
Steppenwolf 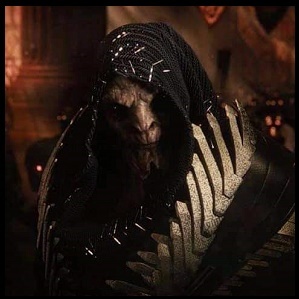 "My master, now that the Mother Boxes have been destroyed, how will you retrieve your great prize?"

"Mighty Steppenwolf, who might have sat here by the side of The Great One, but undone by his self pride."

A highly ranked servant of Darkseid. 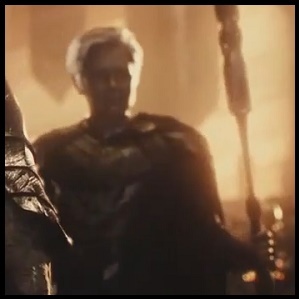 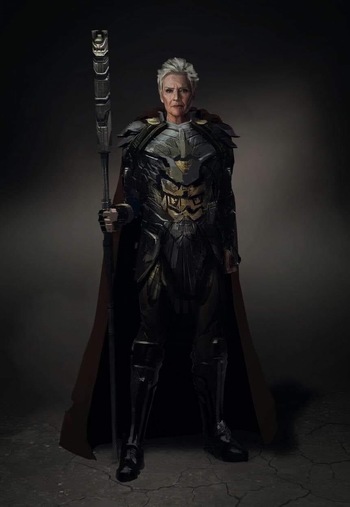 A New Goddess and highly ranked servant of Darkseid. 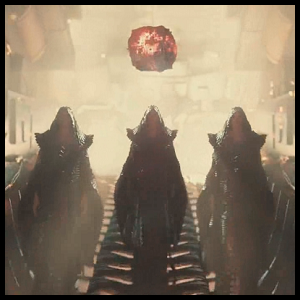 Attendants of Darkseid / Steppenwolf during the first invasion of Earth. 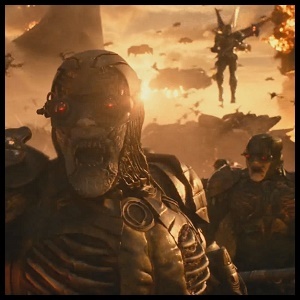 Six-foot-tall creatures serving as foot soldiers of the Apokoliptian forces. 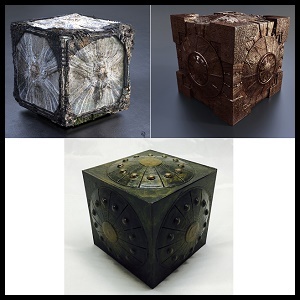 "We've been waiting for you Victor. My broken boy."

"They're change machines. The Boxes don't think in terms of healing or killing, alive or dead. They rearrange matter at the will of their masters. Regenerate, reinstate. A box has the power to reinstate anterior particle relationships."
— Victor Stone/Cyborg

Mother Boxes (also called "Change Machines" by Silas and Victor Stone) are sentient perpetual energy matrices. They are the primary tools of the New Gods and take the form of metal cubes.

Three Mother Boxes were brought to Earth by Steppenwolf or Darkseid (in the theatrical and Snyder cuts respectively) during their attempted invasions thousands of years ago and were subsequently left in the hands of the Atlanteans, Amazons and humans after the invasion was repelled. Millennia later, following the death of Superman, Steppenwolf comes back to Earth to find them and finally conquer the Earth to earn his place back in Darkseid's court. 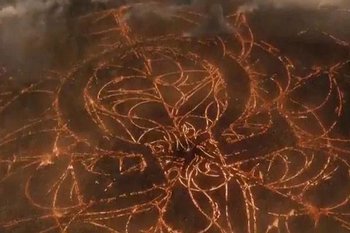 "Anti-Life is found Desaad, and we will stop at nothing to possess it!"

"Before mighty Darkseid came to the throne, he searched the universe for the ultimate weapon. The Anti-Life Equation. The key to controlling all life and all will throughout the multiverse."
—Steppenwolf

A long-sought-after weapon that grants its wielder control over all life. Darkseid tried to find it on Earth thousands of years ago.

"Ready the armada. We will use the old ways."