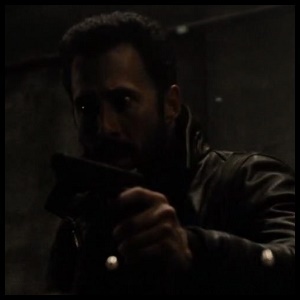 The mugger who killed Thomas and Martha Wayne near a movie theater in Gotham City in 1981, just after they had finished watching The Mark of Zorro with their son Bruce. 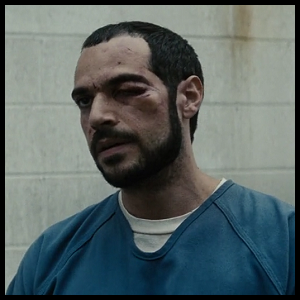 "You can't put me in the general, they're gonna kill me!"

A human trafficker based in Gotham City with ties to Anatoli Knyazev. Batman interrogates him for the latter reason, and brands a Bat Sign on him for the former reason. 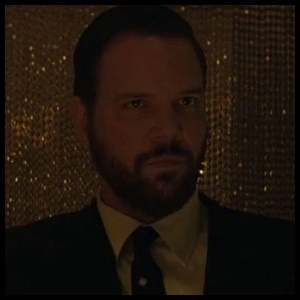 "It's complex. This is not just her. Everybody's disappearing. There's this new law where if you're a bad enough bad guy, they stamp terrorist on your jacket. They send you to this swamp in Louisiana. A black site. That's where she is. So what are we doing?"

A high-ranking thug and criminal who acted as the right-hand man for the Joker and his top enforcer. 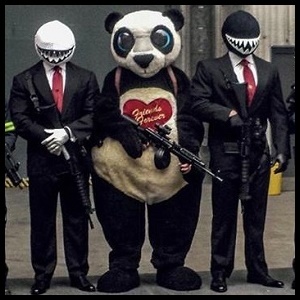 Henchmen working for the Joker. 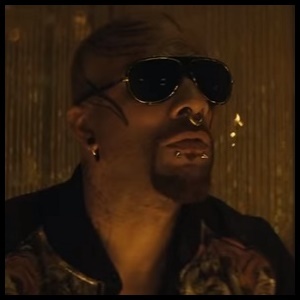 "Hey, J! On behalf of everybody, welcome back. I wanted to come by and personally say thank you. You making me good money. I'm making you good money."

A crime boss in Gotham City who frequents the lavish strip club of the Joker. "It's 'cause they know he's dead, right? Superman. He's gone, what does that leave us?"

Burglar: What do you want from me?!
Batman: Fear! They can smell it.

An unnamed burglar from Gotham City. Batman captures him on a rooftop and uses him to lure a Parademon. 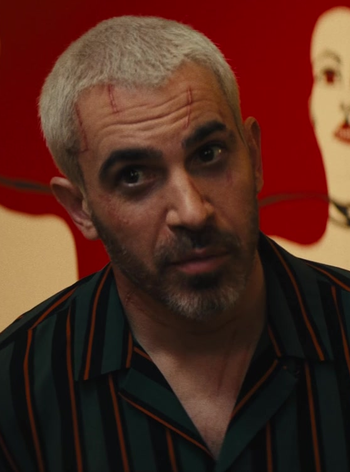 The crime family in which Helena "Huntress" Bertinelli was born. They were all wiped out by a rival gang, save for Helena, who then dedicated her life to avenge them.

The leader of the Golden Lions, an Asian gang (possibly Cambodian, given his name) in Gotham City, which stays in the way of Roman Sionis' territorial expansion. 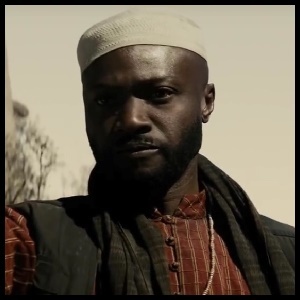 "Ignorance is the not the same as innocence, miss Lane."

"Men of power obey neither policy nor principle, miss Lane."

A war lord / terrorist leader from the Eastern African country of Nairomi. Lois Lane wants to interview him at the beginning of Batman v Superman: Dawn of Justice. 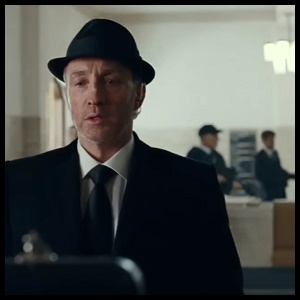 "This is man's best hope, down with the modern world, back to the Dark Ages, and the safety of Holy Fear."

A group of self-described "reactionary" terrorists attacking the Old Bailey Central Criminal Court of England and Wales in London. They intend to blow it up but Wonder Woman shows up just in time to ruin their plan. 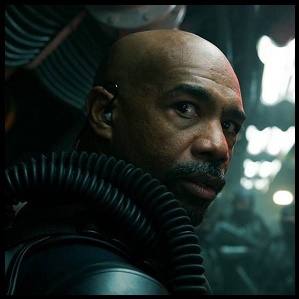 The leader of a gang of high-sea hijackers. He is the father of David Kane/Black Manta. 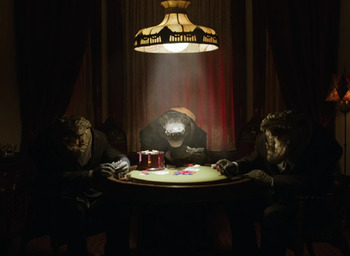 A trio of anthropomorphic crocodiles that reside in another dimension.