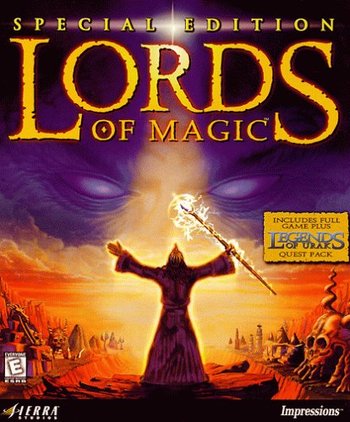 The Circle of Life has no beginning, or end...Choose your faith, and write your own destiny.
"It is said that history becomes legend, as its events recede into the mists of time, and that memories grow dimmer in the slumber of peace. Thus the noble peoples of Urak languished in a thousand years of peaceful splendor, growing forgetful of the dark time their land once knew, heedless of the ancient enemy who yet labored in silence. And so Golgoth, the terrible god of death, beheld that the world was ripe for an era of terror and blood. He summoned Balkoth, the most evil of his sorcerers, and bestowed upon him a mighty artifact of power, that the necromancer might better serve his master in heralding the coming days of darkness. The wings of Balkoth's wretched steed beat the air like thunder, the land shook beneath the rumor of his mustering host, the air was filled with cries of his victims. Who can say what new perils may yet befall, as they struggle to defeat the ancient evil, to reunite the land, and to become... Lords of Magic."
— Intro Narration
Advertisement: