Spoilers for all works set prior to Spider-Man: No Way Home are unmarked. 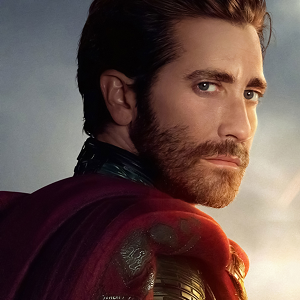 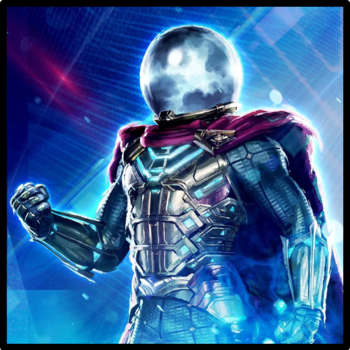 "I created Mysterio to give the world someone to believe in. I control the truth... Mysterio is the truth!"
Click here to see him in his mo-cap suit 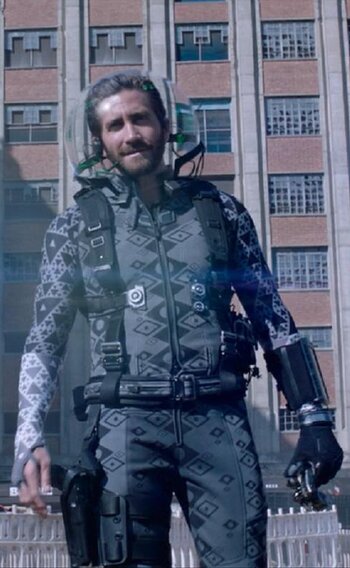 "It's easy to fool people when they're already fooling themselves."
Advertisement:

"These days, you can be the smartest guy in the room, the most qualified, and no one cares. Unless you're flying around with a cape, or shooting lasers with your hands, no one will even listen. Well, I've got a cape and lasers. With our technology, and with you, Mysterio will be the greatest hero on Earth! And then everyone will listen! Not to a boozy manchild! Not to a hormonal teenager! To me, and to my very wealthy crew!"

A mysterious man who is the last surviving superhero from the Alternate Universe of Earth-833. When his world was attacked by beings known as the Elementals — who murdered his family — he joined an alliance that held off their advances, but in the end they failed and his allies fell in battle. Thanks to repeated uses of the Infinity Gauntlet, a dimensional rift opened between his world and ours, bringing both him and the Elementals here. Vowing to stop the Elementals from destroying another planet, Mysterio teams up with Spider-Man and Nick Fury in order to become a new guardian to a world that has just lost one of its greatest.

... At least, that's the most convincing tragic backstory that his team could come up with. In truth, Quentin Beck is the narcissistic ringleader of a group of disgruntled former Stark Industries employees who came together after Tony Stark's death to steal the E.D.I.T.H. defense grid and take his place as Earth's most prominent superhero, as revenge for him not appreciating their work and stealing their thunder. Together, they take on the role of Mysterio and his supposed enemies the Elementals, which are elaborate holographic illusions brought to life by drones of their own. 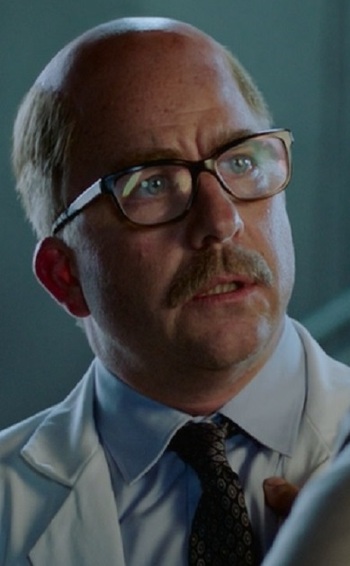 "The integration of my illusion tech with your weaponized drones was brilliant. Powerful illusions, and your damage, worked like a charm. And this is just the beginning."
— Quentin Beck

A Stark Industries scientist working under Obadiah Stane to recreate Tony's arc reactor technology. Years later, he finds himself working under Quentin Beck as the chief programmer for the Mysterio Crew.

A member of Mysterio's crew who came up with the idea and story behind the character of Quentin Beck.

A member of Mysterio's crew, who devised the idea of using localized EMPs to fool Nick Fury’s satellites into confirming Mysterio's story.

A member of Mysterio's crew, who discovered that the E.D.I.T.H. glasses were being handed over to Peter Parker.

"They were born in stable orbits. Within the black holes, creatures formed from the primary elements. Air, Water, Fire, Earth. The science division had a technical name. We just called them Elementals."
— Quentin Beck / Mysterio, Spider-Man: Far From Home

A group of elemental giants that attack various cities throughout Europe during Peter Parker’s supposedly quiet vacation. Their arrival leads to Spider-Man and Mysterio teaming up.

"I’ve managed to send the Elemental back through the dimensional rift, but I don’t think I’m gonna make it off this bridge alive. Spider-Man attacked me for some reason. He has an army of weaponized drones, Stark technology. He’s saying he’s the only one who’s gonna be the new Iron Man, no one else. [...] Spider-Man’s real...Spider-Man’s real name is P-...Spider-Man’s name is Peter Parker!"