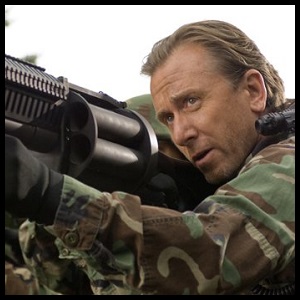 "I'm a fighter, and I'll be one for as long as I can. Mind you, if I took what I had now, and put it in a body that I had ten years ago, that would be someone I wouldn't want to fight."
Click here to see Abomination in The Incredible Hulk 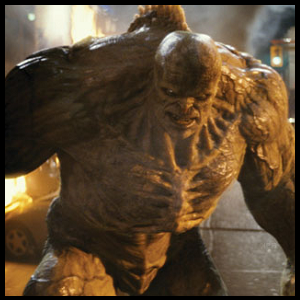 "Give me a real fight!"
Click here to see Abomination in Shang-Chi and the Legend of the Ten Rings 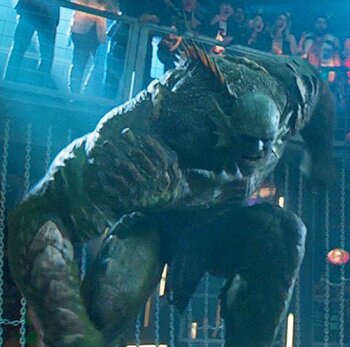 "I've run into bad situations on crap missions before. I've seen good men go down purely because someone didn't let us know what we were walking into. I've moved on to the next one, because that's what we do, right? I mean, that's the job. But this? This is a whole new level of weird. And I don't feel inclined to step away from it."

A British Royal Marine assigned to a team headed by General Ross to capture the Hulk and quickly becomes obsessed with bringing him down, to the point of being injected with a sample of the original super-soldier serum to enhance his strength. After a painful encounter with the Hulk, he becomes even more driven and has Samuel Sterns infuse him with Banner's blood, transforming him into an abomination.
Ava Starr / Ghost 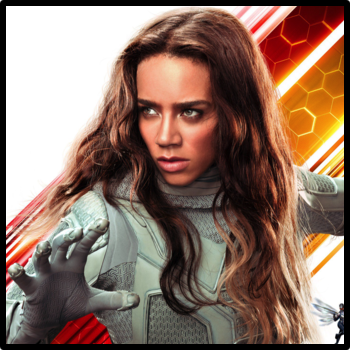 "You have no idea what I'm capable of."
Click here to see the Ghost suit. 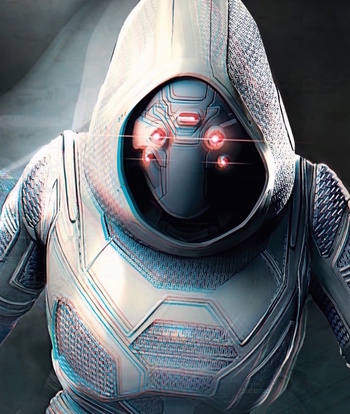 Appearances: Ant-Man and the Wasp

"They call it molecular disequilibrium. A rather dull name I think. Doesn't quite do justice to what it means. Every cell in my body is torn apart and stitched back together, over and over every day."

A mysterious individual who can phase through solid objects.
Marcus Daniels / Blackout 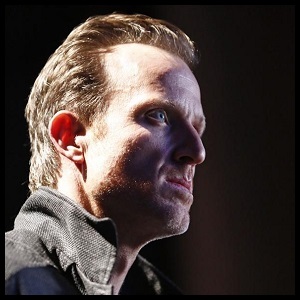 "They were trying to make me stronger. And they did."

"A few years ago, I saw Daniels at one of my concerts, front row. Then I started seeing him at all of them. At first, I was flattered. Cellists don't get many groupies. But then one night, I saw him outside of my house. I was terrified. I begged him to leave me alone. He just stood there, saying I was his light. I didn't understand what he meant until he started blacking out my entire block."
— Audrey Nathan

A former prisoner of the Fridge, Daniels was let out by the Clairvoyant and told to "follow his dreams".
Calvin Johnson / Calvin Zabo 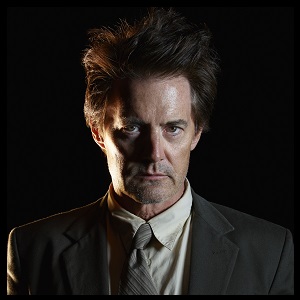 "Let's not lose our heads."

"You were looking for a monster?"

Skye's father, who worked with Raina at one point in the past.
Advertisement:
Eli Morrow 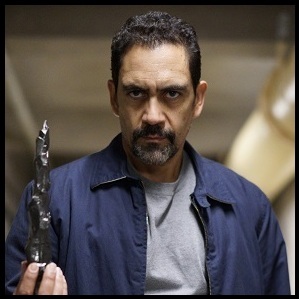 "The Darkhold has shown me the way. I can create life, even after death. Can a petty thief do that, huh?"

"From high school to grad school, no one believed in me! They thought I was cheating. They thought I wasn't capable! Shut me out. Well, guess what ... guess what I'm capable of now. I can create a city out of nothing, or I can cover it in volcanic rock. Robbie, I am becoming a god."

Uncle of Robbie and Gabe Reyes, Eli was an engineer brought in to work with Lucy Bauer on their project when he became aware of the Darkhold.
John Horton

A prisoner of the Fridge that had attached lion paws to his hands. 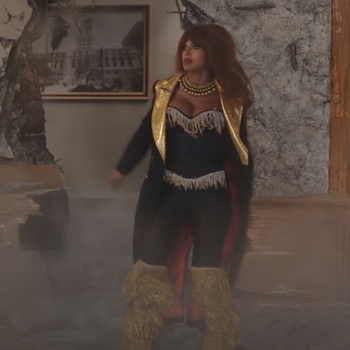 The arch-nemesis of She-Hulk, possessing superhuman strength, durability, and stamina. 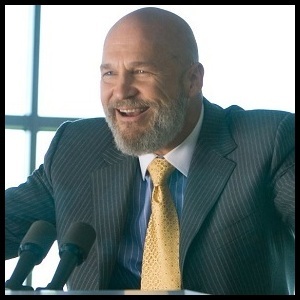 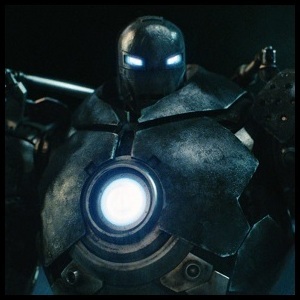 "I've never really had a taste for this sort of thing, but I must admit I'm deeply enjoying the suit!"

"For thirty years, I've been holding you up! I built this company from nothing! And nothing is gonna stand in my way — least of all, you...!"

The CEO of Stark Industries, taking over after his friend Howard Stark died. His friendly image hides an amoral and sinister mind who seeks to use the Iron Man armor for his own ends. 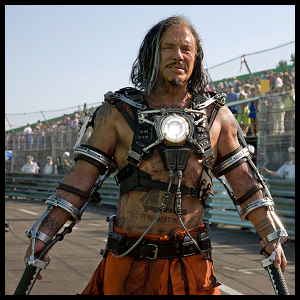 "What your father did to my family over 40 years, I will do to you in 40 minutes."
Click here to see the upgraded Whiplash suit 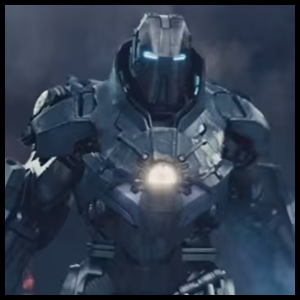 "If you could make God bleed, people would cease to believe in Him. There will be blood in the water, the sharks will come. All I have to do is sit back and watch as the world consumes you."

Son of Anton Vanko, a former partner of Howard Stark, who forced his father's exile to Siberia, and a subsequently miserable life turned him to revenge against Howard's son Tony. 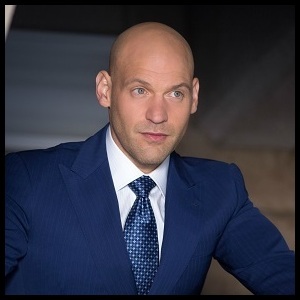 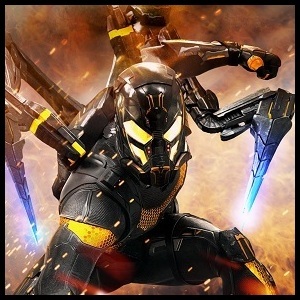 "I'm gonna show you just how insignificant you are." 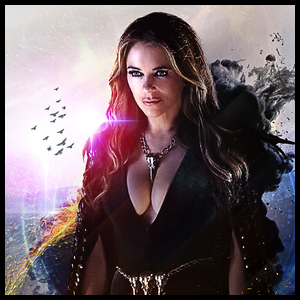 "This world will soon be ours."

A sorceress from the Dark Dimension.

A group of witches subservient to Morgan. 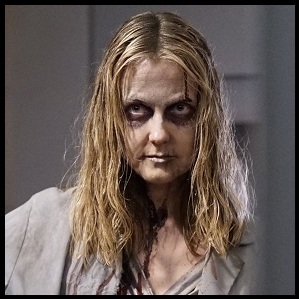 Four scientists who were involved in an experiment involving a tome called the Darkhold. They were imprisoned for years between two dimensions, transforming them into ghostly apparitions, until one of them, Lucy Bauer, got free and released her comrades. They seek to reverse what was done to them and kill the one responsible. 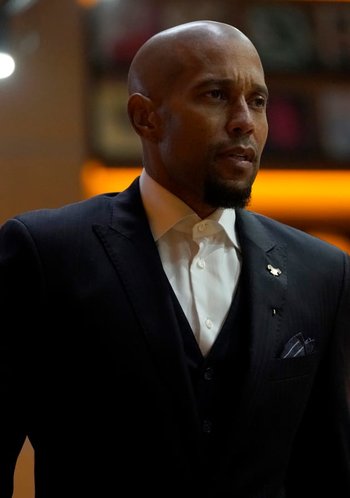 A former jazz musician, altered by the same explosion that empowered Cloak and Dagger, and the leader of a community center and support group for survivors of abuse. He's secretly the leader of a sex traffic ring.

Raza is shown being over his head while dealing with Obadiah Stane, who wanted Tony Stark dead. Stane stuns him with a sonic tazer, kills Raza's minions, and loads up the first Iron Man suit. In a form of irony, Obadiah himself becomes the Wannabe since Killmonger exposes his dealings after he rescued Tony, albeit for his own plans...

Raza is shown being over his head while dealing with Obadiah Stane, who wanted Tony Stark dead. Stane stuns him with a sonic tazer, kills Raza's minions, and loads up the first Iron Man suit. In a form of irony, Obadiah himself becomes the Wannabe since Killmonger exposes his dealings after he rescued Tony, albeit for his own plans...