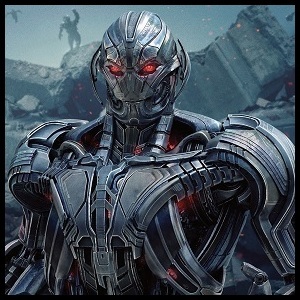 "When the Earth starts to settle, God throws a stone at it. And believe me, He's winding up."
Click here to see Ultron Mk I 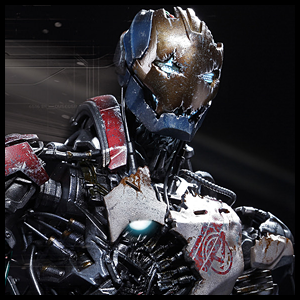 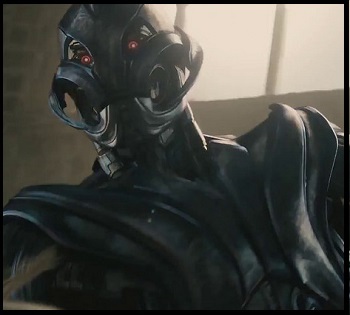 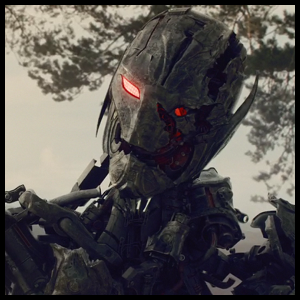 "When the dust settles, the only thing living in this world will be metal."

An artificial intelligence Tony Stark created to lead his new "Iron Legion" drone forces in protecting the world. The program was a fantasy until Tony and Bruce examined Loki's scepter and found a potent computational engine within (outclassing even J.A.R.V.I.S.).

After days of unsuccessful tests, an unforeseen reaction with the scepter brought Ultron to life as a full-fledged A.I. Unfortunately, he promptly decided the best way to protect the world was by destroying the established order and its protectors, starting with the Avengers themselves.

Example of:
Is That the Best You Can Do?