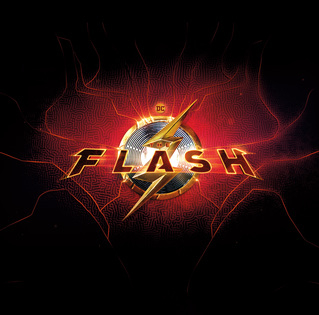 "Tell me something: you can go anywhere you want, right? Any timeline, any universe. Why do you want to stay and fight to save this one? You change the future and you change the past."
Advertisement:

The Flash is a 2022 superhero film directed by Andrés Muschietti, from a screenplay written by Christina Hodson. It is the twelfth film and thirteenth overall installment of the DC Extended Universe, and the long-awaited solo theatrical film adaptation of the DC Comics character of the same name.

Some time after Justice League, Barry Allen (Ezra Miller) uses the Speed Force to travel back in time to prevent his mother's murder, which — unknown to him — radically alters his timeline and opens up The Multiverse. With the help of a Bruce Wayne from another universe (Michael Keaton), it's up to Barry to make things right.

Alongside Keaton's Batman, Ben Affleck also reprises his role as Bruce Wayne / Batman from the DCEU, Kiersey Clemons reprises her role as Iris West from Zack Snyder's Justice League while new additions to the cast include Sasha Calle as Supergirl, Maribel Verdú as Nora Allen, and Ron Livingston as Henry Allennote replacing Billy Crudup from both versions of Justice League.

Taking inspiration from Flashpoint, this film is also a Spiritual Successor to the Arrowverse Crossover Crisis on Infinite Earths, wherein Miller's Barry met his counterpart (Grant Gustin) from that timeline.

The Flash contains examples of: