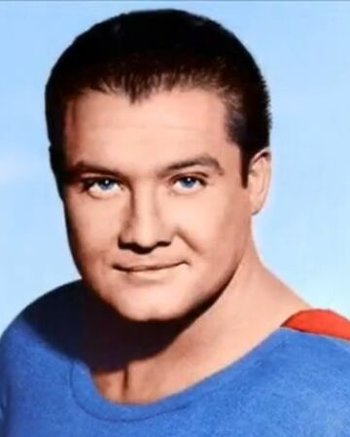 He was best known for playing Clark Kent / Superman in The '50s, in the TV series The Adventures of Superman.

He was married to Ellanora Needles and was engaged to Leonore Lemmonnote Another "LL" to add to the Superman mythos at the time of his death. The latter, which happened by gunshot, is subject to controversy as many believe he was murdered, not taking his own life, as it was reported at the time.

He was played by Ben Affleck in the 2006 film Hollywoodland, which is about his mysterious death.