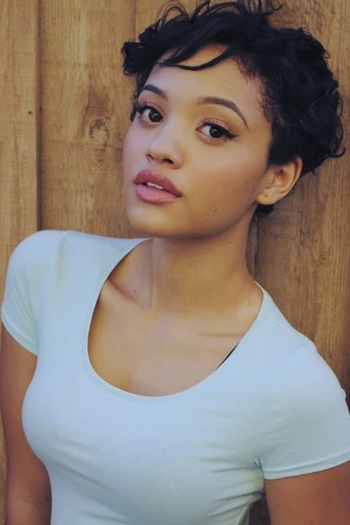 Kiersey Nicole Clemons (born December 17, 1993 in Pensacola, Florida) is an American actress and singer. They're biracial, with African-American and Caucasian ancestry.

They made their acting breakthrough as Diggy Andrews in the 2015 comedy-drama Dope, directed by Rick Famuyiwa. Clemons identifies as queer. They also have bipolar disorder. Clemons has spoken up about experiencing racism in Hollywood.

They are in a relationship with Ebony De La Haye, an Australian stunt double. The couple met during filming of Sweetheart, where De La Haye doubled Clemons during action sequences underwater.